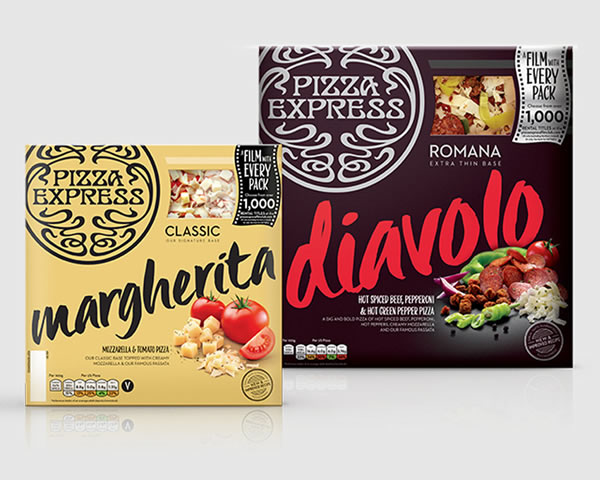 The campaign will run from June 8th to August 31st. To claim a film, consumers simply have to purchase a pack and enter the promotional code found inside the pizza box along with their details into the PizzaExpress Film Club promotional website at www.pizzaexpressfilmclub.com, where there are over 1,000 films from which to choose.

The promotional partnership was put together and is being run by brand partnerships and sales promotions agency Lime Communications. Tim Hook, Head of Brands at Lime, says: “We are delighted to be managing this partnership on behalf of PizzaExpress. Pizza is the favoured choice for friends, getting together for a big night in, so offering a complimentary movie makes perfect sense, and as digital download sales look set to surpass traditional DVD sales in the UK for the first time in 2016 , it couldn’t be a better time to launch this exciting and innovative offer.”

wuaki.tv is a (VOD) streaming service operating in Spain, the UK, France, Germany, Italy, Austria and Ireland. Headquartered in Barcelona, it is owned by Japanese e-commerce and online services giant Rakuten. It provides film club services for a number of companies including EE.