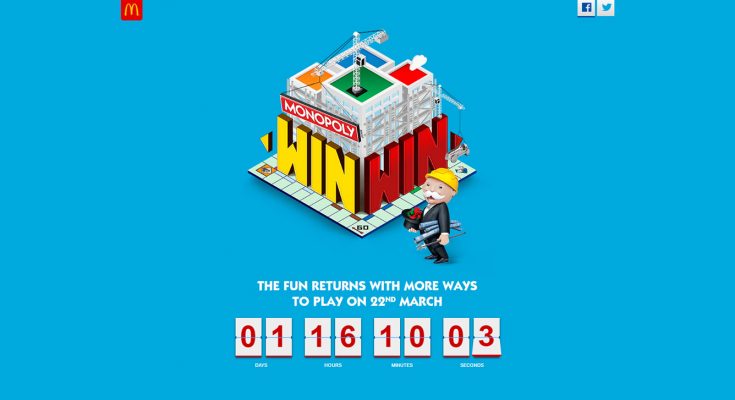 This is the 12th consecutive year that McDonald’s has teamed up with Monopoly’s owner Hasbro for a game-themed promotion. McDonald’s has also announced that to celebrate the launch of the game promotion, it is bringing back the Cadbury Creme Egg McFlurry and Cadbury Caramel McFlurry products for a limited time.

This year sees McDonald’s and Hasbro offer customers a number of different ways to participate and win – including a new fourth way to play.

Each game sticker now has a multipurpose and allows customers the opportunity to win whatever way they play. These include:

Steve Howells, Head of Marketing, Food and Beverages, at McDonald’s UK, said: “I know our customers excitedly await this promotion so I’m delighted to welcome back Monopoly at McDonald’s for a 12th year. We’ve listened to our customers and we know it’s frustrating when customers have stickers but not sets. I’m therefore excited to introduce this fourth way of playing, enabling customers to put these stickers to good use. I look forward to seeing some of our customers win big!”

The promotion was created by The Marketing Store, which has been working on the McDonald’s Monopoly promotions for many years, with advertising created by Leo Burnett London.