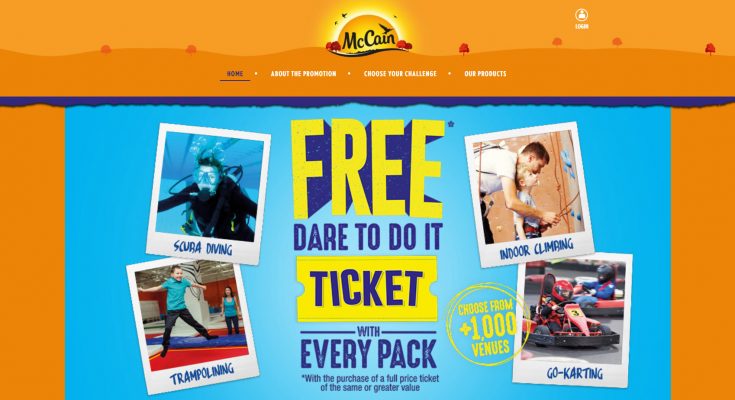 McCain launches ‘Dare to Do It’ free ticket on-pack offer

Apr 03, 2018News, shopperComments Off on McCain launches ‘Dare to Do It’ free ticket on-pack offer

The activities on offer include tree top adventures, go-karting, Segway tours, scuba diving and trampolining, at more than 1,000 locations including large venues and companies, such as Thorpe Park, Legoland, Awesome Walls and Team Sport, and small ones, such as the Bath Postal Museum or the Pencil Museum.

McCain says it wants to encourage families to “participate in activities they might not normally consider at the weekend”, and the promotion will run from April 1st for 12 weeks. Promotional packs will be available across variants and pack formats within McCain’s frozen French Fries range.

Entry is only open to residents of Great Britain (England, Scotland and Wales) and excludes residents of Northern Ireland and the Republic of Ireland, as well as McCain employees and their immediate families of McCain Foods Ltd and anyone professionally connected to the promotion. Consumers can only claim once per promotional pack bought.

The promotion has been put together for McCain by Manchester-based marketing agency ZEAL Creative, with input from fixed fee company Umbrella and Cheshire-based digital agency DX Digital. 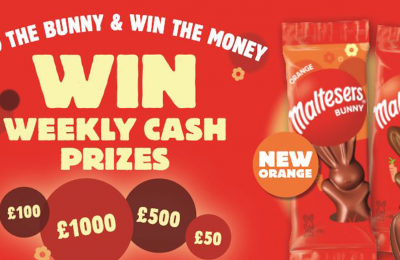 ON PACK PROMOTIONS: CASH IS KING AGAIN… FOR NOW