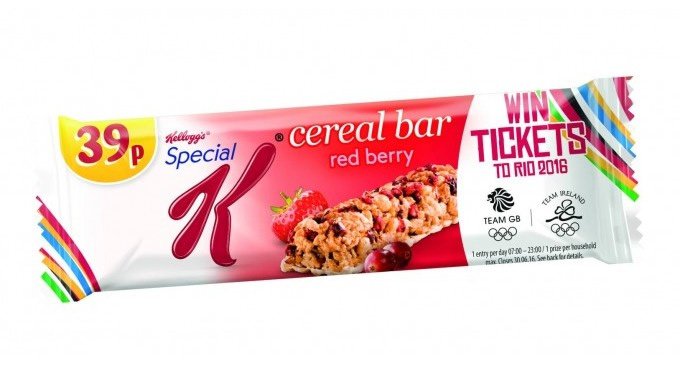 Kellogg’s will be marking its official partnership with Team GB for the Rio 2016 Olympic Games with a range of promotional activities, including a massive £15,000 prize trip to the games.

The food giant has signed a deal giving it marketing rights across its brands, including Kellogg’s Corn Flakes, Special K, Squares and Pringles from now until the end of 2016.

Kellogg’s will bring the sponsorship to life throughout 2016 with a marketing and activation programme including what the company says will be “category-driving events” across multiple channels.

Consumers will have the chance to win tickets to the as part of a prize package worth in excess of £15,000 in the build up to the Games as well as being able to take part in an ‘instant win’ prize promotion during the Games which will feature on pack across Kellogg’s portfolio.

Kellogg’s will also be signing up a number of big name former and current athletes as team ambassadors to support the campaign in the coming months.

Jonathan Myers, managing director of Kellogg’s UK, says: “Kellogg’s products can be found in 8 out of 10 British households – we are a staple of the British breakfast table and synonymous with getting the nation off to a great start in the morning. We are the “champion of great starts”.”

British Olympic Association chief executive Bill Sweeney adds: “It’s great to welcome Kellogg’s back into the Team GB fold and join us on the road to the Rio 2016 Olympic Games. As an established and leading British household name, Kellogg’s is an ideal fit for Team GB and they come on board during an exciting time for our athletes, fans and partners with the Games less than 10 months away.”