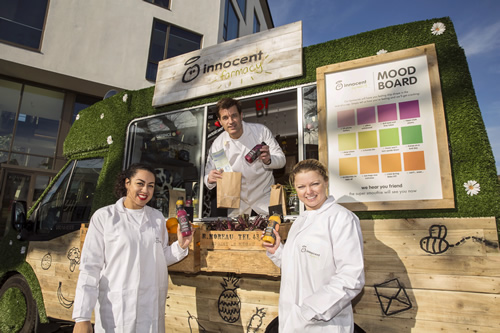 innocent drinks is encouraging UK consumers to give themselves a nutritional lift to help stave off the winter blues and boost vitamin and mineral levels by taking its super smoothies on tour to three UK cities.

The drinks brand’s first activation with integrated marketing agency Sense will see the innocent Supermarket roadshow (not actually anything to do with supermarkets) travelling around the country handing out drinks that combine the nutritional power of fruit and veg with seeds, botanicals, vitamins and minerals.

The innocent supermarket activation visits London, Manchester and Brighton over the next three weeks.