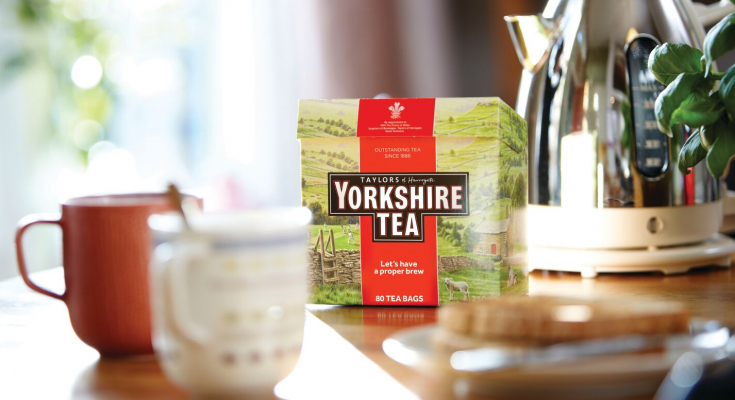 Put the kettle on: Independent Venue Week (IVW), the UK’s leading celebration of independent music venues, has announced a partnership with Yorkshire Tea to fuel venues and gig-goers all around the country.

As well as making sure every venue can offer a proper brew across the week, Little Urn, their legendary mobile tea van, will be taking to the road at the weekend visiting The Adelphi in Hull on Friday 1st February for Novelist and The Trades Club in Hebden Bridge on Sunday 3rd February for Thurston Moore.

The partnership will also see Yorkshire Tea offering VIT (Very Important Tea-drinkers) hampers for a handful of venues and artists.

As part of IVW’s “Where Does Music Take You?” campaign, encouraging gig goers to tour and visit cities and venues they’ve never been to before, Yorkshire Tea is asking “Where will a brew take you?” inviting gig goers to share their experiences of shows they’ve been to across the week on social media, tagging @YorkshireTea. The most adventurous posts will win a special box of tea, limited edition IVW Yorkshire tea towels and pin badges.

Ben Newbury, Senior Brand Manager at Yorkshire Tea said: “We love our music here at Yorkshire Tea and we’re proud to have worked with loads of tea-loving bands and venues over the years. We’re really proud to be supporting Independent Venue Week this year, fuelling venues and artists with proper brews and visiting a couple of Yorkshire-based shows with our trusty Little Urn.”

“Who doesn’t love a proper brew? When you’re on the road touring or in a venue getting bands set up for a show, nothing can beat a good cup of tea – it’s what keeps everyone going. But it needs to be done right – decent mug, fresh milk and most importantly, quality tea” said Sybil Bell, Founder of IVW UK. “The IVW office runs on tea and so this partnership is an absolute treat for us. Proper venues offering a proper brew for proper gigs.”

Independent Venue Week is running, once again, at the end of January giving gig goers the perfect reason to get out and see newly-tipped artists, helping to shake off the January blues and support their local venues. As the project continues to grow, there are plans for much more activity with venues and partners across the whole year which will be announced after the week.

Novelist and Samantha Renke are ambassadors for 2019. Key facts include: