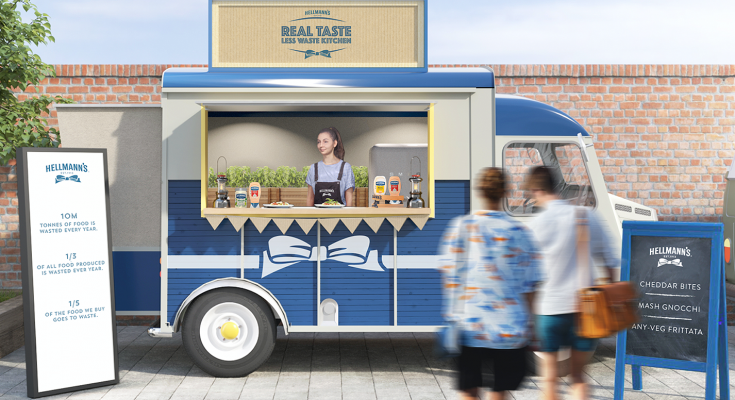 The pop-up has been announced as recent research** commissioned by Hellmann’s revealed 99% of the nation don’t know how much food goes in the bin each year. The reality is that a whopping 4.4 million tonnes of avoidable food go to waste each year***, as revealed in WRAP’s most recent food waste report. This food waste equates to nearly enough to fill 40 million wheelie bins, or 100 Royal Albert Halls.

From cheese to potatoes, the ‘Real Taste, Less Waste Kitchen’ aims to highlight the extent of the food waste problem and prove that delicious dishes can be made from commonly leftover ingredients found at the back of the fridge. Free bites include:

The pop-up forms part of Hellmann’s headline British Street Food Awards sponsorship – a nationwide competition that supports independent street food traders, championing the delicious food found throughout the UK and the innovative food traders, new chefs and restaurateurs that create and serve it.

Winners have been selected from regional heats throughout the country, with the competition culminating at Hawker House on the 13th and 14th September, where finalists will compete against each other to win the coveted street food crown.

Whilst the ‘Real Taste, Less Waste Kitchen’ will welcome guests and offer free food throughout the two-day final, a donation will be made by Hellmann’s to food redistribution project, 8th Plate that will feed those outside London and throughout the country.

Hellmann’s donation will allow the charity to recover nearly 5,000 meals from commercial events, redistributing them to local foodbanks that provide vital food for those that need it most in communities across the country.

With research also revealing that Brits are most likely to waste food due to products going out of date (72%), preparing, cooking or serving too much food (32.16%), and overcooking or undercooking food (20%), Londoners can simply head to the Hellmann’s ‘Real Taste, Less Waste Kitchen’ to learn top tips that will give them the tools to cut down the amount of food waste in their own homes. 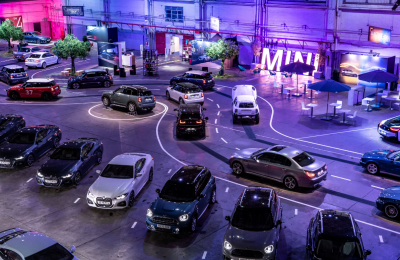