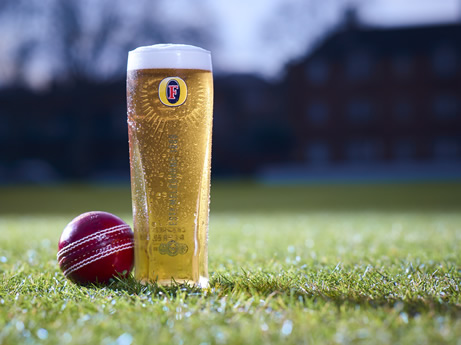 Foster’s lager is to be the Official Lager of England Cricket, having signed a two-year deal with the England and Wales Cricket Board. The partnership sees Foster’s return to sports sponsorship for the first time in a decade.

The major new sponsorship deal will be supported by a nationwide campaign appealing to cricket fans across the country throughout the summer. Foster’s will be developing mechanics to drive rate of sale and footfall for the trade, giving consumers the chance to win a range of cricket-related prizes including match tickets.

The ECB logo will be included on all Foster’s packaging later in the year, and the beer will be activated in trade from July 11th to the end of August.

In addition, there will be bespoke activations happening at selected cricket grounds throughout June, July and August. Further details will be revealed later this year.

David Forde, Managing Director of Heineken, which owns Foster’s, says: “We’re thrilled to team up with England Cricket. It’s been a decade since we last sponsored the sport in the UK and what a time to start again! England are playing superbly and the popularity of all forms of international cricket is soaring. Cricket has one of the widest fan bases of any sport and Foster’s is one of the best-selling lagers in the country – it’s a winning combination for our customers, consumers and us.”