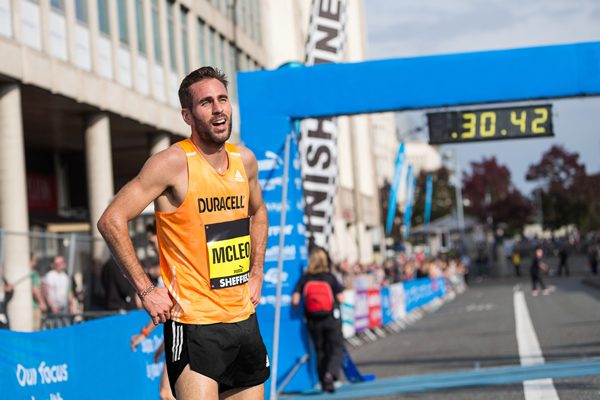 Duracell has worked with the Great Run Series to recruit 50 experienced runners who will serve as pacemakers for the huge numbers of runners taking part.

The Power Zone will feature music, cheering fans and a big screen displaying messages of support for runners and their pictures as they go by. Duracell will also be helping spectators cheer on their friends and family using the Duracell #PowerBoards. These customisable boards will allow fans to write their own personalised messages for runners as they go past.

The pacers will be the running embodiment of the Duracell Bunny, one of the nation’s most loved brand mascots, helping and encouraging runners to run for longer as they take on the half marathon. The innovation in the race is designed to help runners of any ability pace their race safely and successfully.

Founded in 1981, this is the first year that the Great North Run will feature pacemakers. Ryan McLeod, the son of Mike McLeod who won the first ever Great North Run in 1981 and again in 1982, has competed for Team GB at the European and World Cross Country Championships and is the 2015 British Half Marathon Champion.

The pacemakers in the Great North Run will be kitted out as the iconic Duracell Running Bunny, as part of the Series sponsor’s campaign to help runners unlock their power within and go for longer. The Duracell Bunny Pacers have already featured in previous races of the 2016 Great Run Series.

Brendan Foster, former Olympic Bronze medallist and founder of the Great North Run said: “The Great North Run is the world’s biggest half marathon and has huge numbers of supporters on the route. In events like this it’s easy to get a little over ambitious and set off too quickly. The introduction of pacers by Duracell will be of real benefit to runners who are looking for a time and will be an excellent addition to the day.”

Alex Haslam, Duracell UK Marketing Manager said: “With our partnership with the Great Run Series we have been proud to play an active role in helping runners all over the UK unlock their own power and improve their performance. Duracell lasts longer than the competition and we’ve been helping the runners of the UK last for longer throughout the Great Run Series. By bringing our iconic mascot, the Duracell Bunny, to the race in the form of the Duracell Bunny pacers, we’ve been able to help runners in a way that fits perfectly with what we believe in as a brand.”