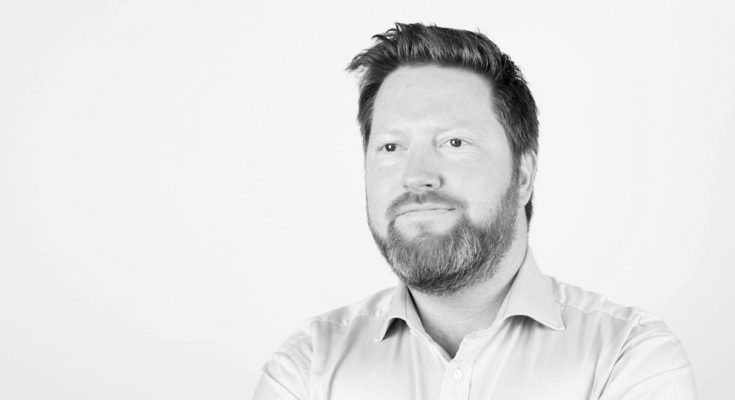 Great marketing campaigns don’t happen without clients willing to risk going out on a limb, says Andrew Rae of The Black Tomato Agency

My cousin and I share a long running joke. Whenever we see an off-the-wall advertising campaign, hear the ludicrous name of a new band or are told the plot line to a forthcoming farfetched film, we look at each other and say: “Imagine the faces in the presentation when this was pitched!”

For example, imagine the convincing and coercing you would have to do to get ‘Snakes on a Plane’ off the ground…

Or, for an example from the advertising world, imagine ad agency VCCP’s pitch to the Compare the Market marketing team for the ‘Compare the Meerkat’ TV campaign. TV ads featuring an aristocratic Russian meerkat called Aleksandr Orlov, annoyed because people were visiting their site – www.comparethemeerkat.com – when they were really looking for car insurance?

Yet Aleksandr and his family and friends have become the backbone of one of the most successful marketing campaigns in the financial services sector ever – and the promotional element has seen more than a million meerkat toys handed out to people as rewards for taking out a range of Compare the Market insurance products.

The Meerkat campaign launched in 2009; within a very short period of time, comparethemarket.com was ranked as the fourth most visited insurance website in the UK, up from 16th in January 2008, while the site’s overall sales doubled. By 2010 the site had increased its market share by 76%, where competitors’ share had fallen by up to 30% over the same period. 700,000 Facebook fans, 22,000 followers on Twitter, Coronation Street sponsorship and rumoured record deals later it is widely regarded as one of the most successful campaigns of the last 10 years.

But can you imagine the faces in the presentation when this was pitched?

VCCP has won huge numbers of industry awards for the Meerkats; but in reality should we be thanking someone else for giving us Orlov? I think we should. Hats off to the client.

To have the absolute vision, the trust in a supplier, the confidence, the ‘arm-chancery’ to throw caution to the wind and completely commit to someone’s else’s wild creativity is where the real credit should lie.

Anybody who, like us, has won their fair share of industry awards will be very, very aware that the real winners are the clients. They are the ones who allowed us the free reign to be creative, to suggest untried techniques, to do what we do best.

We work with some of the biggest names in their industry sectors; it is widely believed that the larger the brand, the more risk adverse they are and the harder it is to guide them out of their comfort zone. But that is exactly what our role as agencies and suppliers should be – to convince our clients that we can help them by doing something unique and different and that they should trust our ideas.

Think back 11 years to 2007. A TV ad starts with a close-up of a gorilla. Phil Collins’ “In the Air Tonight” plays in the background. The camera pulls back to reveal the gorilla is sitting in a music studio. It sniffs. It rolls its neck, loosens its shoulders… And then it starts drumming.

It is hard to forget the impact that the Cadbury’s Gorilla ad had in 2007. But just imagine that client pitch. Created to convey the message that “all communications should be as effortlessly enjoyable as eating the bar itself,” the ad was the centrepiece of a £6.2 million campaign. And in 2016, it was voted the UK’s favourite ad of all time in a poll conducted by Campaign magazine.

This is quite possibly the best example of a brand taking a massive (albeit calculated) leap outside of its comfort zone.

But did it change behaviour, and was it a success?

The commercial was uploaded to video sharing website YouTube shortly after it first aired, and was viewed over 500,000 times in the first week. As of November 2007, it has been viewed over six million times. Cadbury reported that sales of Dairy Milk had increased by 9%. A YouGov poll showed that 20% more people looked favourably on the brand in the period after the advert’s general release than in the previous period. It won a host of awards, including Pica d’Or for Film 2007, the Grand Cristal at Festival de la Publicité de Méribel and Gold at the British Television Advertising Awards 2008.

Wonderbra even created their own version of the film, with the Cadbury slogan, “A glass and half full of joy,” being replaced with “Two cups full of joy.”

To use a phrase that has now become common parlance, the point I am making is ‘simples’. Creative campaigns are nothing without the progressive attitude and confidence of our clients. Confidence in a) being bold and setting themselves apart from their competition and b) confidence in their suppliers to make it happen.

So next time you see the results from a prestigious industry awards scheme – like the IPM Awards – or you see a brillant piece of creative marketing, make sure you credit the clients as well as the people who put the campaigns together. They’re the ones whom deserve the applause, because they’re the ones who put their brands on the line.

Without courageous clients, our greatest ideas will always remain just that – ideas.

Andrew Rae is Head of Promotional Marketing at the prize and rewards specialist The Black Tomato Agency, which in 2017 won Gold, Silver and Bronze in the Prize, Reward and Incentive category of the IPM COGS Awards for the second year running. The Black Tomato Agency creates unique, brand-relevant travel incentives and reward programmes around the world, tailored precisely to the client’s audience and specific needs to obtain maximum ROI.

The Black Tomato Agency is a member of the Institute of Promotional Marketing, and Andrew Rae was elected to the IPM’s Board in December 2017.