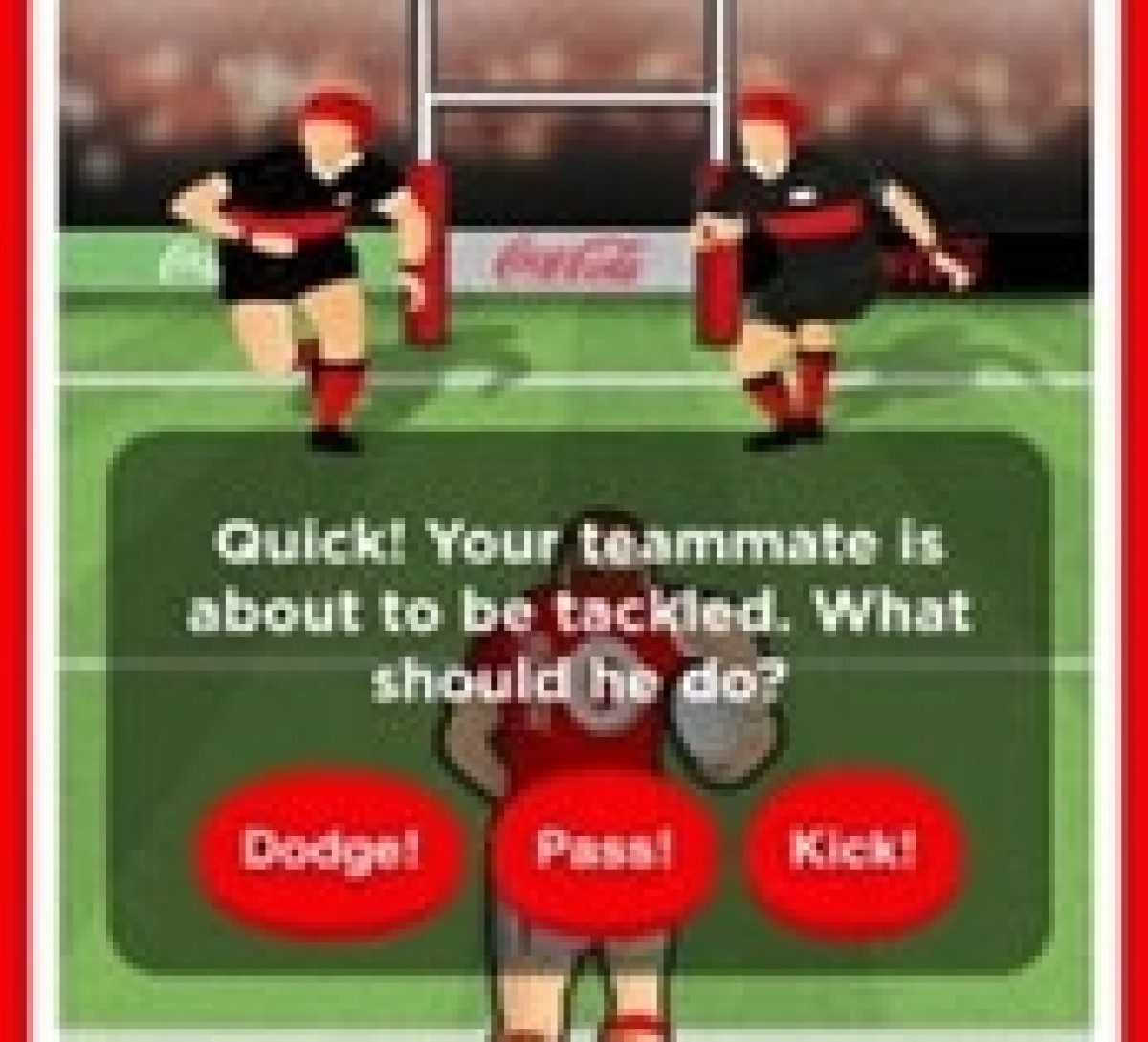 Coca-Cola Enterprises is launching a rugby-themed mobile shopper marketing promotion, Try To Win, offering consumers the chance to win a number of prizes instantly.
Designed to appeal to its target 16-29 year old demographic, the instant win promotion is running in convenience stores and offers prizes including limited edition rugby balls and LCD TVs. Shoppers have to answer rugby-related questions correctly in order to be entered.
The promotion is running across 500ml bottles of all four Coca-Cola variants in a range of different retailers including Nisa, Costcutter and Spar stores.
It aims to engage with rugby fans and their families, while encouraging new shoppers to get involved in the sport at the point of purchase.
Pierre-Luc Petard, Senior Manager Digital Shopper Marketing at Coca-Cola Enterprises, says: “This is a fantastic way to engage and entertain Coca-Cola consumers through a simple but fun mobile experience. Capitalising on the shopper trend towards gamification, this rugby-themed experience is delivered in-store to surprise and delight shoppers.”
Coca-Cola is an Official Sponsor of the Rugby World Cup 2015.