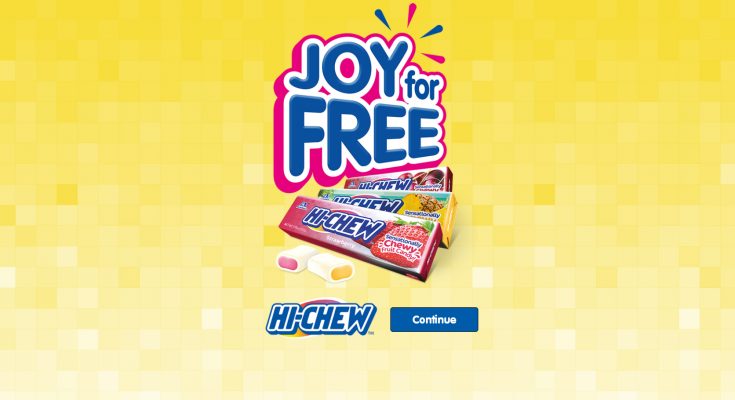 Cult Japanese confectionary brand Hi-CHEW has launched in the UK, backed with a social media promotion which allows London-based consumers to claim a free sample pack.

The promotion was put together by Hi-CHEW’s UK marketing agency, tbk, with the digital vouchers being delivered by i-movo.

The social media campaign launched at the beginning of March, with thousands of consumers clicking through to the i-movo service to request the voucher. All of the initially available vouchers were claimed within 24 hours; Hi-CHEW now plans to extend the online campaign shortly, and will also be running a series of experiential campaigns in the Greater London area.

Targeted advertising on social media sites has been driving relevant consumers through to a promotional site where they can claim their vouchers, which are sent to their mobile phones, as well as find their nearest participating retailer. Consumers can then redeem their vouchers at participating stores – the initial campaign ran with around 700 convenience stores in the Greater London area.

Hi-CHEW is a chewable soft candy, described as a cross between chewing gum and sweets like Starburst, which has been sold in Japan for decades. Made by Japanese company Morinaga & Co, the brand was launched in the US in 2008, and is also available in various Asian countries.

i-movo is one of the largest Secure Digital Voucher networks in the world, advising agencies and brands on initial creative concept, planning and execution, and post-campaign analysis, as well as providing systems and skills to minimise the risk and maximise the return on investment. It works with over 60,000 participating retailers, has delivered over 300 successful campaigns and has processed over 10 million vouchers worth over £100 million.