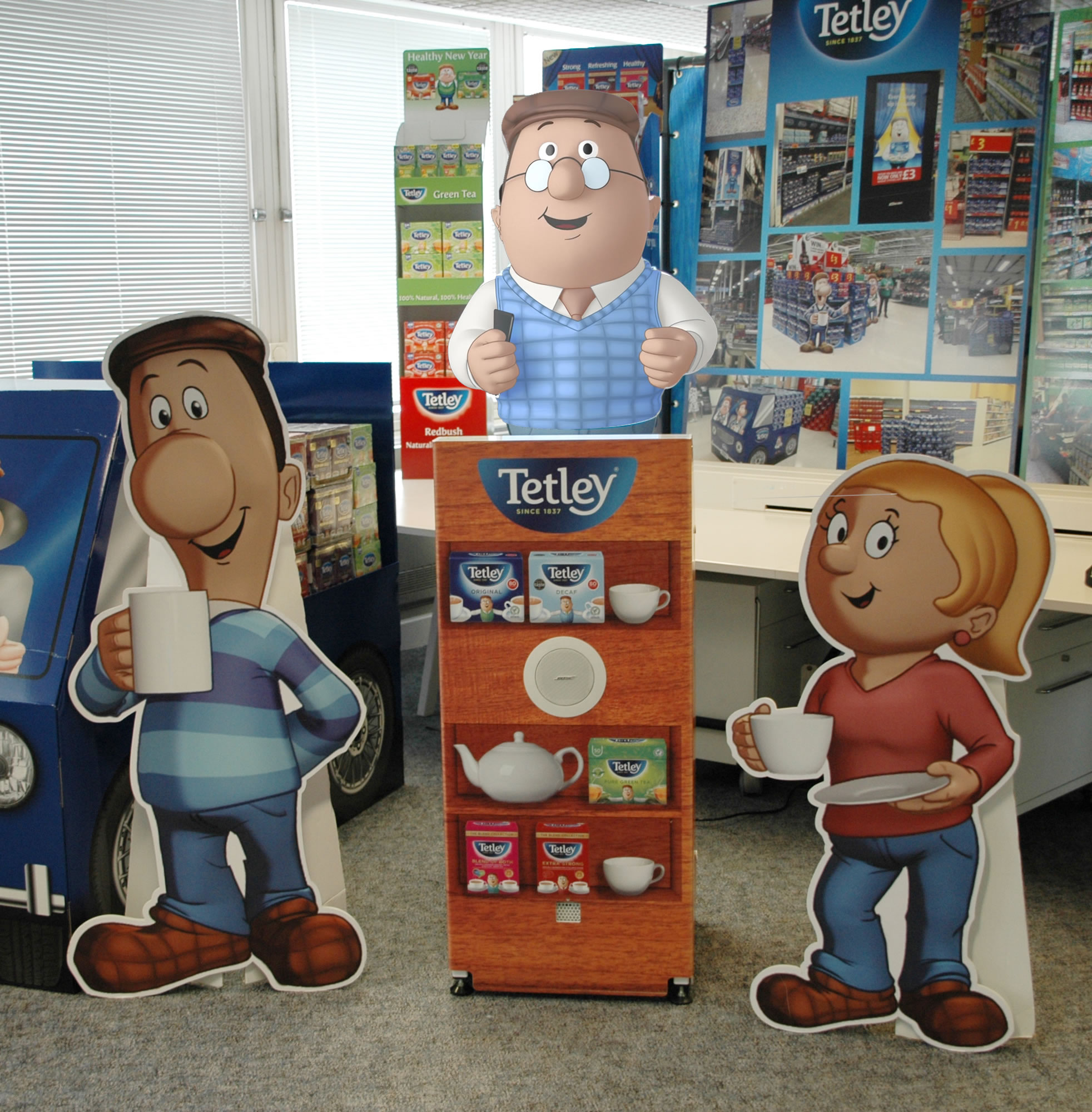 UK tea brand Tetley has introduced an attention-grabbing holographic version of brand character Gaffer, who is appearing in selected Cash & Carry and wholesalers.

Tetley’s new Virtual Gaffer will be sited in selected cash & carry outlets initially, but the company is planning to deploy them in supermarkets in the future. The new assistant uses the latest in technology to attract buyers and point them to the offers to be found in the tea aisle.

The animated display unit has a footprint of just 50cm2 which makes it suitable to place in a variety of locations; but, at 1.5m, with Gaffer’s animation accounting for nearly half of this, it has high impact.

Andrew Pearl, director of customer and shopper marketing for Tetley, says: “The development is part of our programme to create a sense of theatre at point of purchase and stimulate interest in tea. It’s a really engaging promotional tool – an in-built sensor tells Gaffer when he is on his own so he can call out to passers-by to get them to come over and look at the current tea offers he has on his iPad. A number of different scripts have been developed for him and we can manage these remotely to ensure that he is as up to the minute as possible.”

Pearl adds that the technology “has been proven to increase unit sales by 75% and dwell times by 50%, so when you add to this the appeal and recognition that Gaffer has, you get a powerful marketing tool.”

The technology for the Gaffer Virtual Assistant has been developed by customer journey specialist Tensator Group and the graphics by Tetley’s ad agency Creature.

Tensator group marketing manager Rebecca Fennell observes: “Our research shows that many of us are becoming de-sensitised to more traditional forms of marketing, so it’s great to see Tetley embracing such an innovative approach.

Tetley’s investment in Virtual Gaffer forms part of a wider programme of activity in cash & carry and retail environments to stimulate growth in the tea market.”

Tetley is developing a number of initiatives to enhance shopper engagement with tea and is looking to work with a number of customers on specific activities in the coming year.

This is not the first time Tetley has worked with Tensator. Two years ago, the tea brand introduced Virtual Assistants to promote tea at a number of Co-Op stores in Kuwait. The female assistants promoted the brand by communicating the benefits of Tetley’s drawstring teabags to Kuwaiti shoppers.