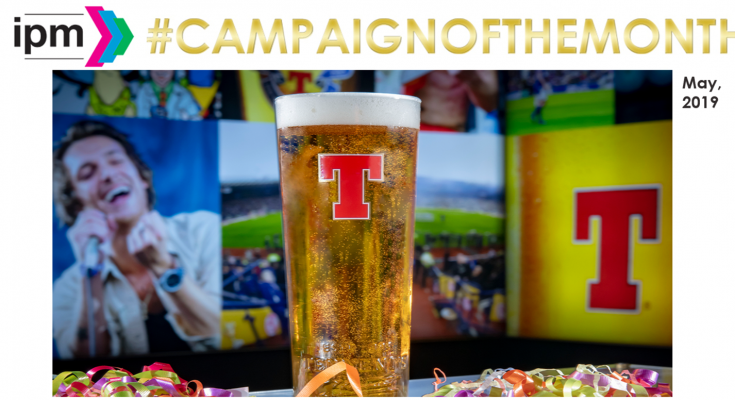 May 29, 2019Campaign Of The Month, Campaign of the Week, News, Prize promotion, shopperComments Off on Tennent’s offer ‘Key to the Brewery’ in latest on-pack promotion

Tennent’s Lager has revealed a new on-pack promotion which gives fans of Scotland’s favourite pint the chance to win a key to the Wellpark Brewery and a party in the new visitor centre.

For every promotional pack of Tennent’s sold, shoppers can enter a unique batch code online and instantly find out if they’ve won either the ultimate prize or one of 40 secondary prizes.

The winning prize allows the consumer to host a VIP party for up to 29 friends, complete with food of their choice, a DJ, an exclusive tour of the brewery and personalised decorations throughout. Once the party’s over, the prize-winner will also be awarded a year’s supply of product, merchandise and a Tennent’s key for display at home.

There are also two secondary prize options to be won; 10 x party packs containing cans of Tennent’s, a Sonos speaker, personalised glassware and bunting, or their name engraved on one of 20 bricks on the new “Wall of Fame” located outside the brewery. 100 free tickets to the Tennent’s Story are also to be given away.

Available in 10, 12 and 15 can packs, the promotion will be available at select retailers in the off-trade including, Tesco, Morrisons and ASDA. There are 131 total prizes to be run and will be open for entries until 6th September 2019.

Iain Telford, Marketing Services Manager at Tennent’s Larger, said: “As Scotland’s favourite beer, we have a lot of loyal Tennent’s fans out there – so what better way to reward our consumers than with a key to the Wellpark brewery, or their name forever carved into the Tennent’s Wall of Fame. Our Visitor Centre reopened at the end of last year and following a successful relaunch, we can now use the space for unique customer and consumer events, which offer a true Tennent’s touch. We can’t wait to welcome our winners.”