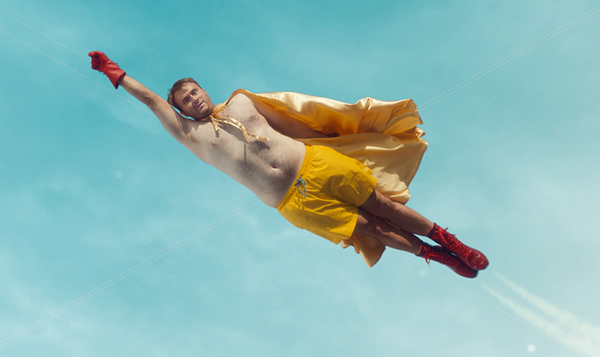 Shredded Wheat has launched a new brand platform with the message that, on a breakfast of 100% whole grain wheat, consumers won’t just ‘do’ life, they’ll ‘shred it’.

‘Shredded’, created by McCann London and running across TV, social media, press and promotional and experiential activations, celebrates the attitude of getting out there and absolutely ‘shredding’ whatever it is you are doing – from the big to the small, the mundane to the out-of-this-world.

The word ‘shred’, used in this sense, is a slang term ultimately derived from surfing and means to perform a difficult task with supreme style.

Launching with TV and social media, “Shredded” will be used to unify the broad audience demographic through a single attitude.

The social media programme uses a range of tactics to generate conversation and sharable content. User Generated Content forms a backbone to the campaign, with activity to encourage and reward individuals to take part.

Complementing this, there is a range of surprise and delight activations, rewarding individuals that make “Shredded” part of their personal story. Social listening will follow events, newsroom-style, allowing Shredded Wheat to be part of broader conversations. Finally, guerrilla events will help generate noise around “Shredded” as a platform.

As yet, there are no details of what rewards and incentives people will be offered for their UGC or as part of the social listening programme. Similarly, there are no specifics about any experiential activations planned.

Supporting the social media is a 30-second TV spot, which shows a man, fuelled by the whole grain of a Shredded Wheat breakfast, diving from a high board into a hotel swimming pool in slow motion. Everyone at the pool keenly watches the man, including his own son, in whose eyes he becomes the heroic “daddy of all daddies”.

Toby Baker, Marketing Director of Nestlé Cereals, says: “Shredded Wheat is a heritage brand that has remained a valued part of the breakfast bowl since 1893 the new “Shredded” platform is an evolution of the brand we know and love, to maintain its relevance in today’s world.”