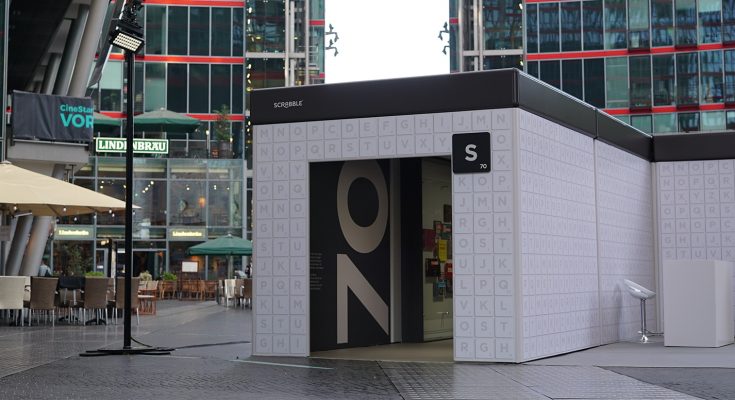 Oct 22, 2018experiential, NewsComments Off on Scrabble to celebrate 70 years with immersive pop-up

Scrabble will invite visitors to celebrate how words and language have evolved over its 70-year history with a pop-up in the lower ground atrium of Westfield London on Sunday 28th October from 12-8pm.

The exhibition examines the past, present and future of Scrabble through different immersive experiences in each giant 3D Scrabble tile.

At the International Space Station, astronauts are encouraged to practice little habits and activities that remind them of home. Psychologists recognise such behaviour as being fundamental to maintaining an astronaut’s mental health and peace of mind. Playing Scrabble is one of the most popular of these spacetime activities, but there’s just one problem: no gravity.

To counter the gravity problem, the pop-up will unveil the Scrabble Space Edition, specially designed to be played in orbit. With magnetic tiles fashioned from meteorite rock, this board allows astronauts to play their favourite game no matter where they are in the galaxy.

A transparent cubed tile will also show the tense World Scrabble Championship Finale live at 12pm as the two best players in the world go head to head to lay the highest score and take the trophy. Fans will also get the opportunity to hone their skills by facing off against one of the world’s greatest players.

There will also be the opportunity to walk through seven huge Scrabble cubed tiles to discover a visual history of Scrabble and it’s fun and irreverent use in pop culture through films, TV and by celebrity fans. Scrabble celebrates how new additions to the English language lexicon make for surprising official Scrabble play words including ‘selfie’ and ‘fitspiration,’ while visitors can vote for which word they want to see included in the next Scrabble dictionary.

The pop-up is just one piece on the board of 70th celebrations, that include a cultural film that brings together the UK’s brightest and most interesting young wordsmiths – rappers, poets and writers –  to explore the evolution of language and words through the lens of Scrabble. 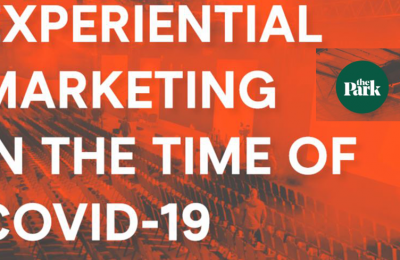 The Future of Experiential Marketing