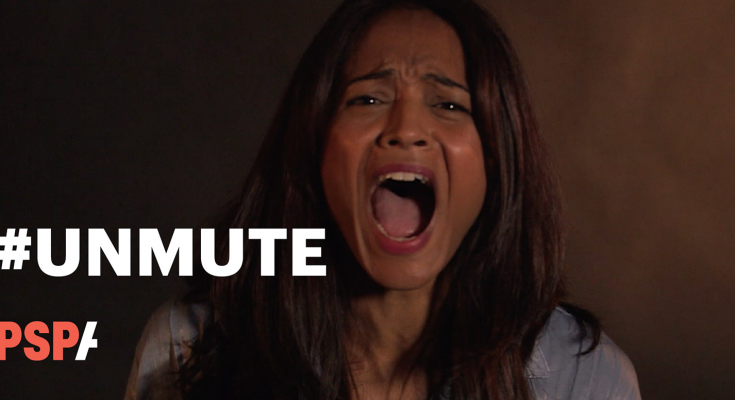 May 23, 2019, 10:34 amComments Off on PSPA launches #UNMUTE campaign to give a voice to those silenced by PSP and CBD

The objective was to create a social media campaign that engages and retains core supporters earlier with a more active brand idea and a clear call-to-action. Working closely with the team at PSPA, Brandpie developed the idea for #UNMUTE. The social campaign encourages and enables supporters to upload videos of themselves shouting, releasing their frustrations, and standing up to PSP and CBD by being as loud as they can, then nominating someone else to do the same using the hashtag: #UNMUTE. Participation doesn’t just stop with those recording videos – by exploiting the mechanics of social media platforms, the campaign requires viewers to actively engage by unmuting the videos to hear the voices of those affected.

Brandpie conducted significant research amongst those with the condition, their families and support networks to inform the campaign idea, discovering that they felt silenced and ignored. #UNMUTE is all about speaking up, making some noise about these silent diseases and giving a voice to all those affected.

The goal of #UNMUTE is to raise awareness of PSP and CBD, and to encourage those affected by PSP/CBD to feel more motivated and inspired to join and support PSPA’s cause, while also creating a wealth of user generated content to inspire a movement.

The campaign will spread awareness about PSP / CBD to friends, and health or social care professionals across Facebook, Twitter and Instagram. Brandpie developed all video collateral to launch the campaign, including a launch video that will be aired via the charity’s page, introducing the #UNMUTE campaign and pre-made videos to demonstrate how the charity envisions people getting involved.

Dustin Lawrence, Brand Strategist at Brandpie, said: “Working with PSPA was equally inspiring as it was heart wrenching – seeing the hope that people possess in the face of such a tragic and terminal condition, we worked with the charity to define the core brand idea – transforming PSPA into Champions of Hope. We want those seeing the #UNMUTE campaign to hear those affected by PSP and CBD, those participating to be loud for who can’t be heard, and for all those affected by the condition to know that PSPA is giving hope a voice.”

Andrew Symons, Chief Executive of PSPA, said: “PSP & CBD robs affected people of their voice. Through this campaign, we want to give those voices back. We need to focus more attention on these ignored, but devastating, conditions. Due to the lack of awareness and information surrounding them, people are deprived of a timely diagnosis and then, once diagnosed, have to contend with the fact that most professionals involved in their care have no knowledge about their condition. This needs to change and why we need to be loud about PSP & CBD.”