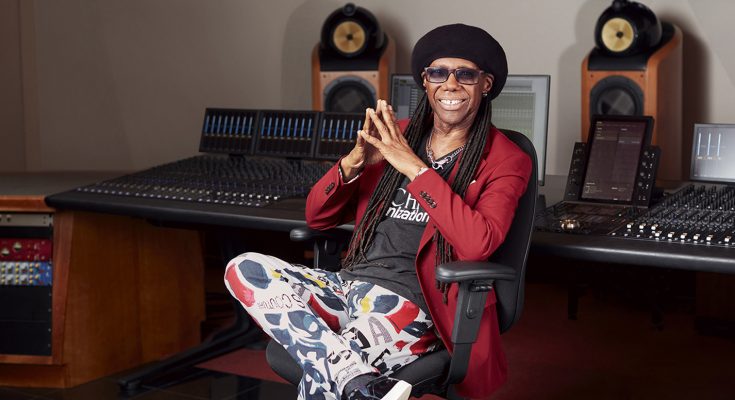 Jun 12, 2018, 20:23 pmComments Off on Nile Rodgers and Gizzi Erskine back American Express ‘Backed By’ initiative

American Express has joined forces with leading figures from the worlds of music and food to launch ‘Backed By’, a nationwide initiative offering two members of the public the chance to win backing from music legend Nile Rodgers or culinary innovator Gizzi Erskine.

Launched as a continuation of its new brand campaign, ‘Powerful Backing: Don’t Do Business/Don’t Live Life Without It’, ‘Backed By’ celebrates the powerful backing American Express has been giving customers throughout its 168-year history.

In addition to advice and practical support – whether that’s words of encouragement, industry introductions or constructive criticism to help further their musical dreams or foodie business idea – the two winners will have access to life-enriching experiences, such as spending time in the world-famous Abbey Road Studios alongside Nile Rodgers and joining him on the road or cooking in the vibrant Mare Street Market kitchens in Hackney alongside Gizzi Erskine. The successful applicants will be given inspiration and support to propel their passion forward.

In addition to Backed By, as part of its new brand campaign in the UK, American Express has also created an immersive experience that will be bringing the message of powerful backing to life in London’s EC1.

Popping up in in Exchange Square beside Liverpool Street Station, the experience runs from Tuesday June 12th to Thursday June 14th and is open to the public between 11.00am and 8.00pm.

Soundtracked by DJ and broadcaster Maya Jama, there are three zones to explore – a restoring Japanese Forest, the Neon Jungle dance space and the Inspiration Zone.

The PR and content-led campaign will be supported through a media partnership with the Huffington Post on a newly created ‘Backed By’ channel on their website.

To be backed by one of these inspirational ambassadors, applicants are invited to submit a portfolio of their work at backedby.co.uk from June 12th 2018.

Caroline Bouvet, Vice President of Brand and Marketing UK, American Express, says: “At American Express we recognise the importance of powerful backing and have a rich heritage championing both new and established talent in the worlds of music and food through our Amex Invites entertainment programme. We are thrilled to be working with Nile Rodgers and Gizzi Erskine on ‘Backed By’ and giving one budding musician and one passionate foodie this once in a lifetime opportunity to learn from the best.”