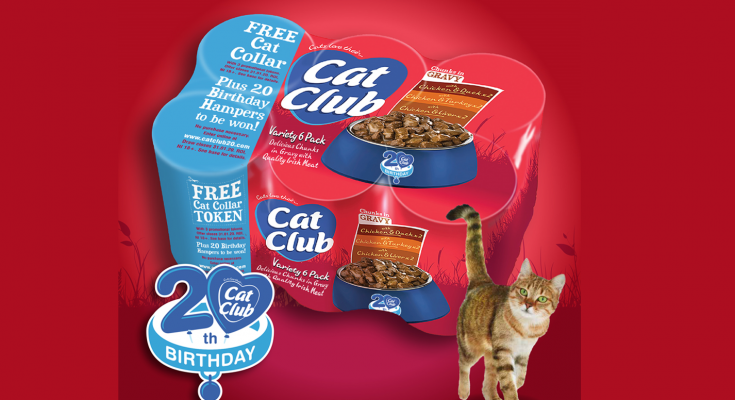 Elevator Promotions, has launched an on pack promotion to celebrate the 20th anniversary of leading Irish catfood brand, Cat Club.

The promotional 6 packs will be sold in multiples and independent retailers  in Northern Ireland and Republic of Ireland, offering a free Cat Club cat collar in return for 3 x 6-pack purchases.  PLUS consumer can also enter an online draw for the chance to win 1 of 20 Cat Club Celebration Hampers .

The free mail in offer requires customers to register their details online and then send in 3 tokens from promotional packs of Cat Club to claim their free Cat Club cat collar, while no purchase is necessary to enter the free prize draw online at www.catclub20.com.

The promotion runs until 31.01.20 and will be supported through in store POS and a programme of social media and key account activity.