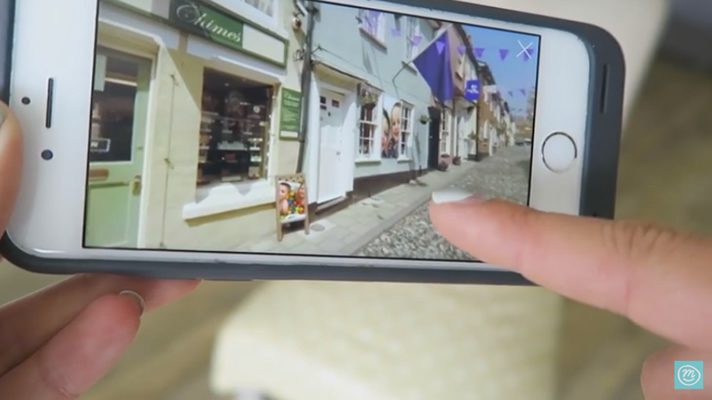 New parenting vlogger site Channel Mum has launched what it claims is the world’s biggest vlogger campaign using an unprecedented 100 vloggers simultaneously, on behalf of Cadbury Chocolate Buttons for its #tastelikethisfeels and #buttonsmemorylane activities.

Channel Mum claims that the mass blogging concept – which it developed and which it calls the ‘Video Boom’ – is one of the fastest growing digital developments of 2016, with “dozens of major brands booking the creative campaigns”.

The format sees a number of individual digital influencers simultaneously release personalised branded content videos to magnify engagement and key campaign effects. The site claims that the approach has been proven to both heavily enhance engagement levels on social, online and offline, plus add to the retention of brand messages.

The Cadbury Boom uses 100 mummy vloggers including rising stars such as Emily Norris and Natasha Bailie. The activity culminates on Channel Mum this week with the release of a hero video featuring key moments from the campaign along with dozens of new videos from supporting vloggers.

The videos promote Cadbury Dairy Milk Buttons ‘Buttons Memory Lane’ digital activity, created by ad agency by Fallon. Parents are able to upload pictures to the www.buttonsmemorylane.co.uk site, then ‘post’ the images and messages onto the walls and shop fronts of a typical old-fashioned British street to create a 360° video which is emailed to them. They can then view the results using Virtual Reality headsets.

All of the vlogs are clearly identified as ads, while the main promotional video – a review of the www.buttonsmemorylane.co.uk site – carries the message ‘In partnership with Cadbury Dairy Milk Buttons’. This is to conform to UK advertising regulations as well as European Union law, which requires that commercial messages be clearly identified as such. Earlier this year, the Competition and Markets Authority (CMA), which oversees consumer protection in the UK, took action against a number of media companies, marketing agencies and websites which had failed to disclose that reviews, blogs and other content was in fact advertising.

Channel Mum was launched by Siobhan Freegard MBE, on of the founders of parenting social media site Netmums.

The Video Boom concept was developed after recent research revealed Vloggers are now viewed as the most trustworthy information source by millennial mums, beating conventional advertising, TV, information from the Government and established brand websites.

Siobhan Freegard explains: “Video booms are a vlogger ‘Love Bomb’ for a brand. Four in five young mums now use online videos and we know they trust vloggers, but what the Video Boom format does is elevate this trust. It shows in a fun and easily accessible way what your peer group and doing or using. To gain viewers’ trust and expand their audience, vloggers have to be authentic. So when lots of admired vloggers all show the same activity or brand, it moves from a simple show and tell to a wider trend amongst the audience.”

This degree of influence and authority in the millennial market was also a deciding factor for Cadbury to choose several Channel Mum vloggers to star on the chocolate giant’s conventional poster advertising campaign.

Channel Mum is the UK’s only video parenting website for mums. The free-to-use site already offers over 25,000 parenting videos with around 750 new videos added each week.