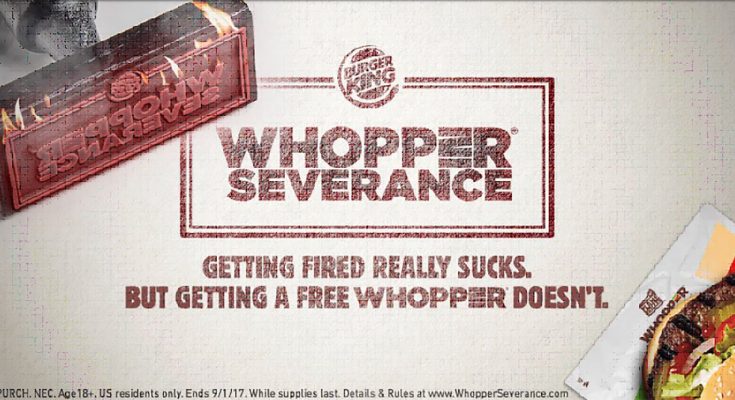 Burger King has launched a new ‘Mystery Burger’ promotion in France, which offers consumers the chance to get a random product from the fast food chain’s 10 burgers for a flat €2 cost.

Created by Paris-based agency Buzzman, the offer has launched in all 160 Burger King restaurants across France.

The burgers are hidden inside an unbranded white box with a large question mark on, to indicate that there is no way to know which burger is inside until the box is opened. An integrated campaign includes a video ad showing a pregnant French woman and her husband at an ultrasound scan – but they’re using the scan to find out what’s in their mystery Burger King box. The campaign is running on TV, online, OOH and in-store.

Meanwhile, in America Burger King is offering free burgers to anyone who publicly admits to having been fired. The creative idea is that BK uses fire to grill its burgers, so getting fired can be a good thing…

The ‘Own your fire!’ campaign asks people to go to LinkedIn and post the following public message: “I got fired. I want a free Whopper. #WhopperSeverance.” Those who post will receive a personalized link to get registered and receive a Whopper Severance package in the mail complete with a Burger King restaurant gift card.

Burger King has also partnered with career satisfaction experts, The Muse, to offer 30-minute one-on-one Q+A sessions to the first 100 participants who post and register.

Burger King points out that it has created over 50,000 new jobs globally over the past three years, the brand has. It also stresses that LinkedIn is not involved with the activation.