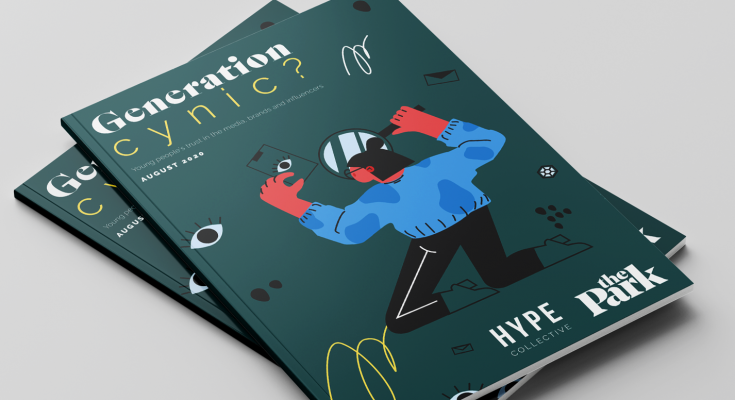 24 August 2020 – Cynical attempts to align businesses with popular social causes are eroding trust in brands. Over half (59%) of Young Brits think most brand support for charitable causes and social issues isn’t genuine and 15% see it as an attempt to avoid criticism. But the biggest surprise is that this is not a deal-breaker. Just 6% of 18-24-year olds would boycott a brand whose values don’t align with their own.

The UK-wide study by student marketing agency, Hype Collective, and experiential agency, The Park, explores how Young Brits are responding to brand commentary on social issues and online propaganda.

According to Generation Cynic? the report, Young Brits are wising up to corporate self-interest and misinformation tactics online, with news stories and brand campaigns facing greater cynicism. Almost two-thirds (64 per cent) of 18-24-year olds actively seek out a second source to verify stories shared by organisations on social media, while 40 per cent do the same for news reported by the media.

Yet despite growing scepticism towards the motivations of brands supporting social causes or promoting content on social media, most Young Brits think brands should support whatever cause they choose.

“Young Brits may accept commercial motivations as a ‘necessary evil’ in getting support for causes, but brands should not take this for granted,” says Simon Lucey, Founder and Managing Director of Hype Collective. “Inauthentic brand activism and support for social causes can be damaging in the long-run. If public support for causes is not backed by significant actions, it’s meaningless. To win trust, brands must prove that their intentions are genuine and take action on causes that will drive real results.”

Transparency, authenticity and endorsement are key to earning trust. One in ten (11 per cent) 18-24-year olds only trust online content if it is shared by someone they know, while 21 per cent trust most things shared by peers on social media. However, almost three-quarters (72 per cent) of young people are more likely to trust individuals and organisations that openly share their backstory and past failures.

“Trust is at an all-time low and young people simply don’t believe a lot of what brands have to say,” says Will Worsdell, Co-Founder & Strategy Director of The Park. “To be credible, brands must prove what they’re about. Latching on to a trending topic or posting a hollow statement on social media doesn’t cut the mustard. Brands must prioritise actions over words. What you do matters more than what you say.”

The study by Hype Collective and The Park also examined whether support by creators and influencers for social causes can help to influence the actions and behaviour of young people.

Speaking honestly can help influencers build trust, whether that’s in revealing their mental health issues, discussing causes of importance to them, sharing failed attempts at producing creative work or stories about their past. Interestingly, size is not important. When it comes to how many followers a creator or influencer has, the study found this does not appear to affect how much an influencer is or isn’t trusted.

Hype Collective is a student marketing agency. They help brands engage students on campus, on social and in the media.

They believe the best way to market to young people is to work with them. Every campaign they run creates opportunities for students. These opportunities are shared across their network of 10 city managers, 100+ brand ambassadors and 5,000+ student societies.

The Park is an experiential agency, driven by the belief that actions speak louder than words, working with the likes of Red Bull, Marriott Hotels and Dreamworks. Founded by agency and client leaders from across the marketing mix, the company has a team with an equally eclectic skill set. This allows them to offer a broad range of experiential activity- everything from immersive experiences to partnerships to digital initiatives, magnified through content, social and traditional channels. They work with brands that stand for something and help them prove it, by creating Brand Proof. 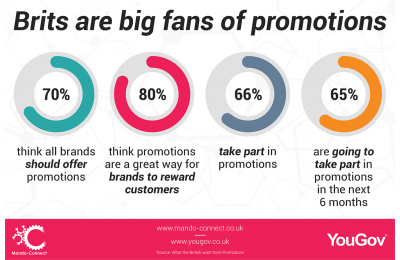 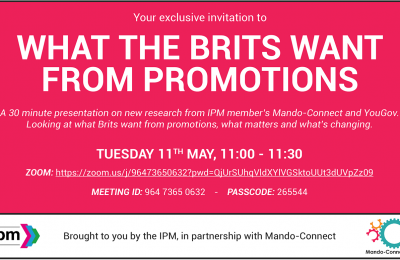