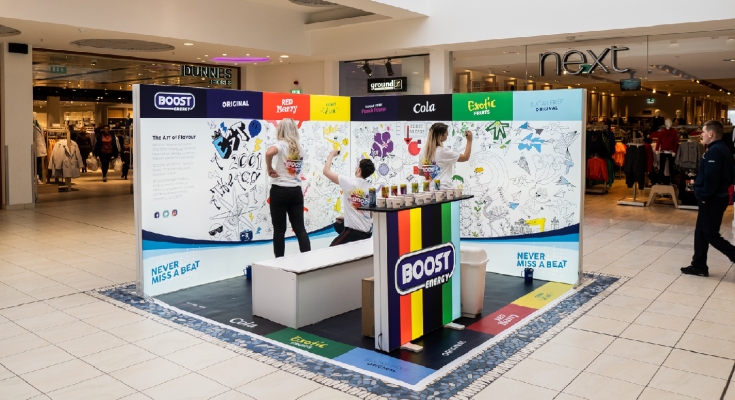 Developed by Belfast-based promotional marketing agency, Elevator, the activation includes a combination of experiential and sampling with an injection of colour and creativity to showcase the 7 flavours available in Northern Ireland.

The immersive experience invites consumers to download the interactive Boost Flavours App and do a quiz to help decide which flavour to try. They would taste the flavour for themselves and determine their appropriate ‘flava’ by expressing it in colour on a customised wall.

The ‘Flavour Studio’ tour is promoted through social media as well as by tactical ads near or in each location.

Kim Jacks, Brand Manager, Boost Drinks Ltd, said: “We’re really proud of the range of flavours Boost Energy has in Northern Ireland including our NI exclusive Cola flavour. We wanted our consumers to taste and experience the fantastic range for themselves inviting shoppers to visit our ‘Flavours Studio’ across a 4-week roadshow to showcase Boost’s fun brand personality in a very real and unique way. We worked with a local NI artist to create the stand design that shoppers were able to colour and add to following a flavour quiz to help them decide which flavour they should try next. Once the tour is complete, as well as engaging and sampling with our target market, we’ll also have a completed work of art created by 1000’s of NI consumers which they’ll be able to view across our dedicated social channels in Northern Ireland knowing they contributed to it!” 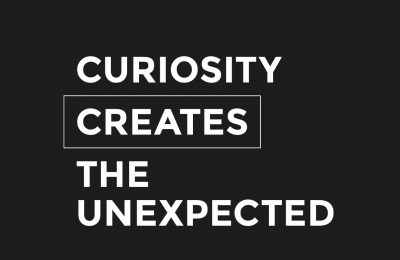