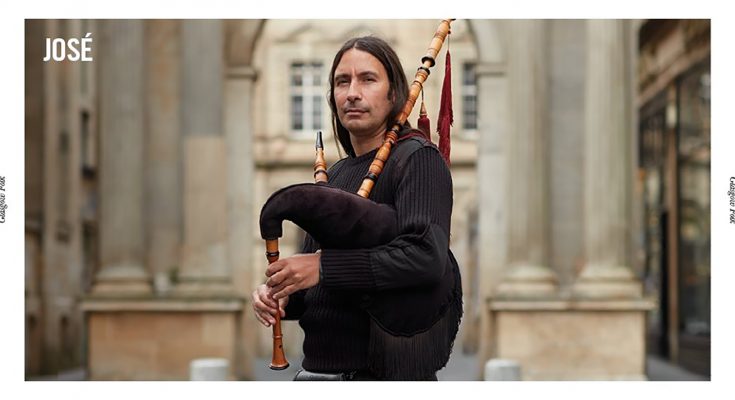 As part of the latest version of its Stay Smooth campaign, Whyte & Mackay whisky is taking a “wry and witty look at the real folk of both Glasgow and Edinburgh” that have helped shape the brand’s smooth taste and character, and is again working with award-winning Scottish photographer, David Boni.

The campaign, which launched earlier this month, sees the creation of a series of quirky and fun posters of real people and a coffee-table magazine, which will be distributed on streets and in key bars across both cities, plus new POS kits and promotional scratch cards for the on trade. There is also an instant win competition with 5,000 free drams as prizes and a text to win competition with the star prize of the chance for one fan to create their own whisky.

The magazine and accompanying poster campaign feature innovative AR technology, bringing to life four of the featured characters.  The campaign will also see a number of giant static mirrors located in selected bars and prime outdoor street spots in each city, providing people with a glimpse of their own reflection and reminding them to ‘Stay Smooth’. Whyte & Mackay is promoting the activity via social media including Twitter.

Whyte & Mackay mirrors and the accompanying poster campaign will be running in city centre locations, with the magazines and on-trade promotion kits available in nearly 100 bars across Glasgow and Edinburgh.

To enter the competition, people have to buy a Whyte & Mackay at a participating outlet and text in to tell the brand what makes them Surprisingly Smooth in 10 words or less. The most original entry, as judged by Whyte & Mackay, will win.

The star prize includes return train travel to Glasgow from any UK mainland railway station for two people, one night’s accommodation, £250 spending money and a whisky blending and tasting session.

For the ‘instant Win’ promotion, people will get scratchcards when they buy a whisky at participating venues – the prizes come in the form of vouchers to be redeemed for a single measure of Whyte & Mackay Scotch Whisky.

The Scotch whisky brand also announced earlier this month that it will be the new headline sponsor of Glasgow’s International Comedy Festival for 2018. The long-running festival will from next year be known as the Whyte & Mackay Glasgow International Comedy Festival. Big names from the stand-up comedy world including David Baddiel, Bridget Christie, Des Clarke, Tommy Tiernan, Katherine Ryan and Rob Delaney have already been signed up to feature in 2018.

Finally, Whyte & Mackay is also running a trade promotion offering retailers or bar owners who buy any mix of three cases of brands including Claymore, Vladivar, Whyte & Mackay, Glayva, Tamnavulin or Jura in one transaction the chance to enter a competition to win a Peugeot van and £500 of Whyte & Mackay stock. At least two of the cases must be of price marked packs. The trade promotion is running until the end of January 2018 at participating cash & carry depots.