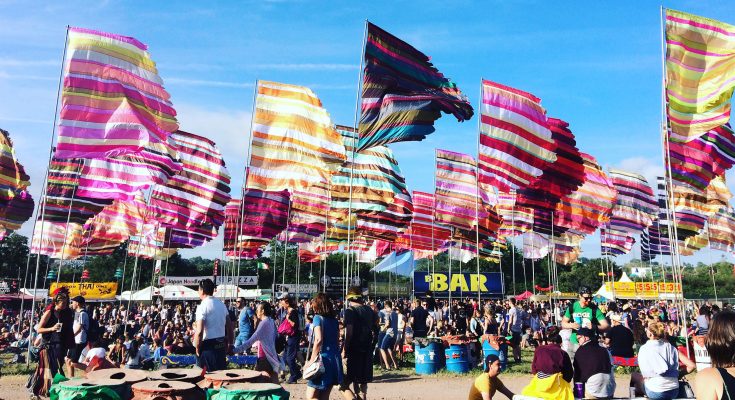 What happens to the festival industry in a year when the greatest show on earth, Glastonbury, takes a year out, asks Orla Ryan of ignis

When Glastonbury, a festival the size of Southern England’s seventh largest city, takes a fallow year, you would think that the rest of the festival calendar would reap the rewards – but has it?

Yes, some of the events have filled their fields, some have even hit record numbers. Others have struggled, some have even fallen by the way-side. By no means has it been a bumper year for the industry. So where have the Glastonbury masses gone? And how do you ensure your brand is  investing in an event that is going to deliver?

With 135,000 tickets on offer and two million applicants, each year’s Glastonbury show brings disappointment to roughly 1,865,000 people. That’s a lot of people who have gathered to plan and plot their festival attendance. Having collectively bought into the concept of the festival experience, all it takes is for one of the group to ask, ‘so where now?’ and plans are re-plotted elsewhere. In a year without Glastonbury, these fledgling festival plans never got off the ground, and the disappointed masses were simply not there to be absorbed.

So, what does it all mean for next year? We have digested the 2018 season, beyond the promoter stats and demographics, to analyse some of the trends when considering brand investment in festivals in 2019.

The true attendance figures of each festival are always difficult to unpick. No show ever wants to admit that they have under-achieved. Having rattled around festival fields for a few years now like we have, you get the feel (and the data) to tell you when an event is under-performing, and 2018 has seen a few of those.

As a brand, how do you know whether or not to believe in the audience figures that are being sold to you? The only answers I can give you are knowledge, experience and a view of the wider picture than the individual promoter is selling you. Be sure of the credentials behind new events, beware of exaggerated growth claims and consider whether the event is delivering ‘best in class’ in the genre in which it exists.

With the disappointed 1,865,000 back in the mix and with so many great events on offer, 2019 has all the credentials to be a booming festival year.

Does the experience outweigh the effort?

Emerging onto the scene in 2004, Bestival and Secret Garden Party were refreshing new concepts – music festivals that were not about the music.

Now, 14 years later, Secret Garden Party is no more, and Bestival has been refreshed after a few tough years. But why? What went wrong for these festival pioneers?

I don’t believe that the concept of putting on a fabulous party is, or ever will be, dead. It’s more that the rest of the festival industry caught up with the realisation that a festival is about experience, and so there are now more events than ever delivering truly great experiences, and the competition is fierce.

In essence, in order to attract the audiences, it comes down to whether the experience is worth the effort of the festival hardships: the travel, the weather, the tent, the port-a-loos… The cons list is long.

When you are no longer the stand out and most unusual event of the year, you need to remove obstacles to remain relevant. For example, in order to survive, Bestival removed one significant obstacle – the Isle of Wight ferry – by shifting location from the island to the Lulworth estate in Dorset!

One genre of festival that cuts out a number of the festival obstacles is the urban festival. For those less keen on the idea of three days of camping and with more attainably-priced day tickets on offer, urban events become a more accessible option.

With articles on ‘how to ace a one-day festival’ appearing in this year’s Time Out festival guide, you get a real sense of the growth of these events.

The ‘promoter chess’ (which has seen Wireless move to Finsbury Park, Lovebox to Gunnersbury, Field Day to Brockwell and All Points East stake a claim in Victoria Park) just shows how much competition and appetite there is.

London is not the only city hosting these Urban shows – TRNSMT, Parklife and Tramlines are increasingly popular events held in Urban spaces across the country.

These urban parks are also playing host to a wide array of events, aside from pure music festivals. Melas (from the Sanskrit for a gathering, festival or fair) delivering culture and creativity, and festive shows taking winter residencies, provide colour and choice to the event space. The diversity of events on offer provide distinct audiences and an array of opportunities relevant to different brands.

With a reduced initial outlay, and fewer days to budget for, the on-site spend at these events is often much higher, which can make them an attractive option where sales are a factor.

Outstanding in their fields

So which events looked tipped to thrive in 2019?

From the Michelin stars and champagne bars of Wilderness to the immersive theatrical spectacle that is Boomtown, these events are producing true ‘best-in-class’ offerings. Creamfields is another event that has a single-minded purpose in delivering the best EDM (Electronic Dance Music) experience going.

These events attract wildly differing audiences, but they know what they stand for and strive to produce the best in what they do.

Reading and Leeds, on the other hand – with a diversified line-up – missed the mark this year. Their line-up, still an important factor for most music festivals, was found lacking. The traditionally Rock’n’Roll based pair of festivals branched out into a much more Urban scene this year which, rather than attracting a more diverse audience, left it confused. I am sure these festival giants will be back on track next year, but it just shows that even the big events can get it wrong some years too.

So how should a brand engage within the festival arena for 2019? It is about fitting in and standing out at the same time.

Find a fit with the festival-going human and be relevant to them. Don’t, however, slavishly follow the standard festival format. Expecting consumers to hunt out your allotted 10 X 10 space is not going to give you the return that you are looking for.

Look to stand out. Do different. Think about how the audience will engage, and what your brand offers that is unique. Consider how you can generate a buzz about your brand, not just about the brand space that you could create.

Immersive events – the experience is everything

Whatsapp – the unglamorous glue that holds a festival squad together

Secondary ticketing – the rebellion against over-priced tickets is on

Single use plastic – Glastonbury has banned plastic water bottles in 2019

Orla Ryan is Head of Experiential at ignis, a multi-award winning independent brand experience agency based in Fulham. Over its 29-year history, it has worked for a wide range of clients ranging from Jameson Whiskey, Sheraton Hotels and Fuller’s, to Betfair and Cuticura. A member of the Institute of Promotional Marketing, ignis won two Gold trophies and a Silver for its #JamesonBeOriginal360 experience work for Pernod Ricard Travel Retail and Jameson in the IPM Awards 2017; the same campaign then went on to win a Silver and a Bronze in the pan-European IMC Awards.