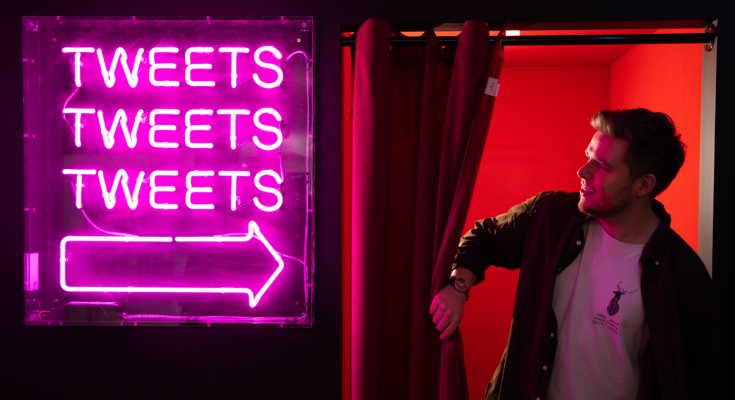 Twitter is celebrating its conversations that challenge Valentine’s day customs with an integrated campaign, including out-of-home, video, and experiential.

The campaign sees straight-talking Tweets take over tube platforms, replacing aspirational ads with awkward humour anyone can all relate to. The Dating Twitter Advice Bureau, launching in London’s Covent Garden, features interactive installations bringing to life authentic Tweets from real people at the heart of its messaging across all channels.

David Wilding, Director of Planning at Twitter UK, says: “The most hilarious, honest and real accounts of dating aren’t those found in magazines, romcoms or on the apps, but within the Dating Twitter conversation. People come to Twitter to talk about what they really think about love and dating – the good, bad, awkward. We want to honour the true reality around the modern world of dating on Valentine’s Day, by bringing the rawest and relatable Tweets to life at the Advice Bureau, even if it’s not very helpful!” –

Visitors can browse unique installations inspired by real-time Tweets such as the Wheel of Misfortune, Ghosting Graveyard, Gallery of Awkward Silences and x-rated Tweets at the peep show

Twitter will also unveil a satirical film featuring stand-up comedian Phil Wang offering his own weird and wonderful twist on the experiences and advice shared via Twitter.

Tom Pursey, Co-founder & Creative Director at Flying Object, says: “For Valentine’s Day, when London is full of overpriced set menus and cheesy gifts no-one actually wants, we wanted to give Twitter’s daters a place to share their bitingly true observations, hilarious takes, and to dish out some terrible advice. It’s a time when people need Tweets more than ever, so we’ve put dozens up on out of home, into a video with a brilliant comedian, and into 3D through interactive installations. After all, at the Dating Twitter Advice Bureau, you’re never alone. Even if you are.”

The Dating Twitter Advice Bureau will take place at 7 James Street in Covent Garden and will be open between 13th– 16th February 2020.

To support the campaign, @TwitterUK will be sharing questionable dating advice and updates from the Dating Twitter Advice Bureau throughout the week.

The @TwitterUK handle will host its first ‘Threadventure’, an interactive Thread journey to help users explore the Advice Bureau directly on the platform.