Aug 21, 2018industry, News, OpinionComments Off on Train stations are on-track to becoming one of the best places for brand experiences

When it comes to travel retail, train stations are rapidly catching up with airports, high streets, shopping malls and festivals, says Fiona Tindall from Blackjack Promotions.

When it comes to brand experiences targeting consumers, what marketers need is high-value, high-traffic, marketing-friendly locations – so they tend to think of venues like airports, shopping centres, High Streets, festivals and events.

But an increasing number of experiential-savvy brands are now deploying activations at train stations, which have really taken off as venues to engage consumers, both with mass activity and also with highly targeted campaigns.

Over the past decade or so, UK train stations have undergone a metamorphosis, with massive new commercial developments and a total reinvention of how they are marketing themselves.

Many stations now feature major retailers, as well as a selection of boutique shops. They are becoming destinations in their own right; places where locals and office workers, as well as tourists and travellers, can enjoy whiling away some time. Plus, major stations are usually at the heart of a busy community and see huge amounts of passing traffic.

Stations are no longer places you go to just to catch a train to somewhere else you’d rather be or have to be.

You will certainly find holidaymakers, business travellers and commuters; but now you’ll also find people on their lunch hour browsing the retail outlets on offer or eating and even local people who use the station as an extension of their High Street.

Stations aren’t dark and dirty places any more. The best of them are light, bright and enticing, mixing a retro appeal based around ‘The Age of the Train’ with the most modern technologies. Just look at the new retail spaces at King’s Cross/St Pancras, Waterloo and Victoria… under-utilised space in old ticket halls and booking offices is now home to chic new restaurants and shops.

Many stations are increasingly putting investment in their retail offering at the top of their commercial agenda – and with good reason.

The British used to be called a nation of shopkeepers. Today, though, we are a nation of shoppers, and retail therapy is the preferred past-time for many of us. Stations are brilliantly positioned to take advantage of the growth in shopping as entertainment.

Statistics just released by the transport regulator, the Office of Rail and Road, show that last year 1.7 billion passenger journeys were made. By comparison, the latest figures (from 2016) for total arrivals and departures by air for UK airports (venues which so many brands use for experiential) were 286.4 million.

Granted, air travellers tend to have more money at their disposal; but train stations can offer six times as many opportunities to get a retailer or a brand in front of the public. That’s just the people who actually use stations to catch trains: it doesn’t include all the people who now drop by at lunchtime, at weekends or when they just happen to be passing.

Management teams at key UK stations are hard at work actively encouraging a wider audience to view their local stations as a place to hang out, creating special events and marketing campaigns to get across the message.

Take London’s Paddington Station. It has been industriously leveraging its association with a certain bear from deepest, darkest Peru which shares its name and who is now celebrated with a statue on the concourse.

So in the run-up to Valentine’s Day 2017, we worked closely with Network Rail, which runs Paddington. Partnering with service operators GWR and Heathrow Express, plus design agency Magnet Harlequin and the licensors of Paddington Bear, we created a series of events and activations to help spread love around at the station where the much-loved children’s character first met the Brown family and embarked on a series of adventures.

Under the banner ‘Love Paddington,’ a range of festivities saw Network Rail, GWR and Heathrow Express celebrate recent improvements to the station. These included the restoration of Brunel’s original 1860 roof, a new ticket office and the opening of The Lawn area at the station, which boasts 40 retail and dining units.

Three days of activity ran from February 8th through to February 10th, kicking off with the distribution of 40,000 copies of a retail discount booklet containing a range of offers from 18 different retailers at Paddington.

On the 10th, Paddington hosted a full day of activities, led by an interactive social media experience Consumers were incentivised to share their messages via social media with the chance to win a range of prizes donated by Paddington’s retailers.

During the day, Paddington’s passenger lounge area on the main concourse, the Lawn, saw food and drink retailers, including Leon, Starbucks, Accessorize, Patisserie Valerie, Savannah, Kiehl’s and The Cabin taking part with sampling activity for passengers, while passers-by were treated to live music all day.

King’s Cross, of course, has its own literary super-star in the form of a certain bespectacled wizard, and has been working with various brands to leverage the appeal of Harry Potter and Platform 9¾ (there’s even now an official Harry Potter shop…).

Figures from Network Rail for the last quarter of 2017 showed that total retail sales across the 17 stations it manages grew by 3.5% between October and December 2017, more than triple the average 1.1% growth seen by the UK retail industry as a whole.

Between April and December 2017 over 630 million people travelled through or visited Network Rail managed stations, spending more than £594m in its retail stores. Between October and December 2017 over 66 million people – more than the entire population of the UK – visited a retail outlet in a managed station, spending almost £206m, with the festive season causing retail sales to spike in the gifting (+9%) and stationery (+6%) categories.

Network Rail stresses a direct link between investment in stations and an increase in sales and satisfaction. Four of the top five stations for total sales growth in the last quarter of 2017 had seen significant recent investment, with Paddington (44%) London Bridge (40%), King’s Cross (11%) and Birmingham New Street (11%) appearing in a top five that also includes Cannon Street (12%).

So the message for retailers and brands is clear: don’t dismiss railway stations in your strategic plans for experiential activity and face-to-face marketing.

They are increasingly a key space to engage the shopping public, with more and more people visiting them not just because they “have to” catch a train, but also because they are clean, safe environments which offer an increasing range and variety of exciting retail and dining experiences.

Fiona Tindall is head of domestic retail at Blackjack Promotions, where her role is focused on growing the travel retail and domestic retail divisions within the business through delivering truly exceptional retail and experiential experiences for Blackjack clients across the UK & Ireland.

Blackjack Promotions is the leading staffing solutions, travel retail and experiential specialist, with operations in the UK & Ireland, and the Middle East. Everything it does is committed to connecting consumers with brand experiences that are exciting, engaging, immersive, and that ultimately provoke a real emotional response. Its core service offering falls under three headings: travel retail, experiential and logistics. It also works hand-in-hand with agency partners and media owners using its experiential expertise to bring brands and briefs to life. 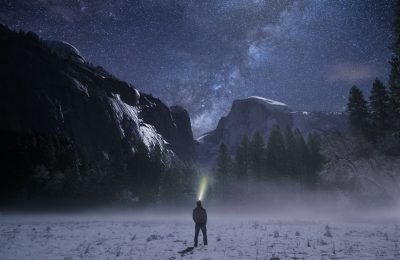 The Promotional Power of Wanderlust