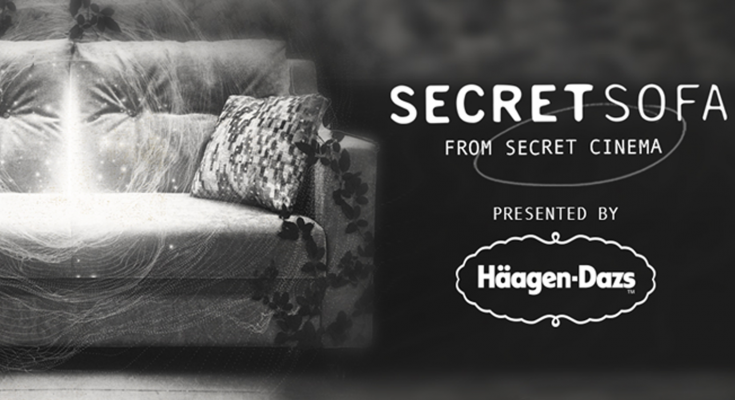 Apr 16, 2020, 12:57 pmComments Off on Secret Cinema launches Secret Sofa in partnership with Häagen-Dazs

14th April 2020: Secret Cinema, the pioneers of immersive storytelling, announces the launch of Secret Sofa, a weekly home entertainment series where audiences can create their own unique immersive cinema experiences in collaboration with celebrated ice cream brand Häagen-Dazs as presenting partner, to tie in with their new ‘‘Häag-Indoors’’ initiative.

For an initial eight weeks at 7.30 pm every Friday, Secret Sofa will facilitate a virtual in-home screening of Secret Cinema’s most celebrated and critically acclaimed films, as well as lesser-known gems.  With bespoke content, character narratives, interactive elements, typical Secret Cinema surprises and Häagen-Dazs for company, people can create their own cinema experiences to enjoy at home.  This week’s Secret Sofa screening will be the Grand Budapest Hotel.

People will be able to sign up for the Secret Sofa weekly newsletter and every Tuesday the film and pre-screening narrative will be announced.  It’s here people will be immersed in the world of the film, given costume suggestions and bespoke content and activities including sing-a-long and music playlists, instructions to learn dance routines and prop making ideas to help them create the ultimate, in-home screening environment.

Recipients of the newsletter will receive a special weekly code that allows them to order the chosen Häagen-Dazs flavour of the week online via an exclusive collaboration with Amazon Prime Now which they can enjoy with their film kicking off with the celebrated dessert-inspired flavour Strawberry Cheesecake to match the debut with Grand Budapest Hotel. They will also be encouraged to share their best #HaagIndoors images on social media with the best one winning a week’s supply of ice-cream.

The Secret Sofa Facebook group will host audience discussions both pre and post-film and will be a place for people to share images of the secret worlds they create.

Max Alexander, CEO, Secret Cinema comments: “We’re an entertainment brand and we want to bring a sense of playback into people’s homes during this time of isolation.  At the heart of Secret Cinema’s experiences is audience participation and groups of strangers coming together to experience film and culture in new and interesting ways.  Secret Sofa is our home cinema version of this, where the nation will be able to relive a Secret Cinema they loved or missed, as well as discover new titles and share their experiences with each other virtually. We are going to transform your sofa into a time machine, a portal and a place of discovery and connection with the outside world.  Secret Cinema is the master of surprises, so watch this space for other new and exciting initiatives.”

Michelle Odland, Global Brand Director of Häagen-Dazs comments: “At Häagen-Dazs, we believe that little luxuries can uplift the everyday, and we always strive to provide moments of joy and enable real connections between people, through our ice cream. This is more important now more than ever. During this time of uncertainty, we have launched our “Häag-Indoors” initiative, which we are thrilled to be partnering with Secret Cinema on. Until life returns to normal, #HaagIndoors is a simple message to stay safe, look after each other, and keep finding little moments of joy. Secret Sofa is a perfect opportunity for that, and we look forward to being able to offer Häagen-Dazs direct to your sofa to make your Friday nights that little bit more joyful. We look forward to celebrating flavour stories every week in keeping with the movie themes starting with our decadent Strawberry Cheesecake paired to Grand Budapest Hotel and rewarding the best #HaagIndoors Secret Sofa ideas as we go along to make this even more fun and interactive.”

Fabien Riggall created Secret Cinema in 2007.  He is also Chief Creative Officer, Creator and Executive Producer of Secret Cinema and oversees every production.

Launched in 2007, with over 70 productions to date, Secret Cinema has revolutionized the way audiences experience culture nightlife and film through the prism of secret worlds.

From grassroots film screenings in abandoned London buildings to large scale productions in vacant and abandoned spaces, Secret Cinema has regenerated areas it has invested in. At Secret Cinema productions, the boundaries between performers and audience, set and reality, are constantly shifting. These experiences explore one of the forgotten pleasures in a time with constant access to information: secrets. Fusing film, music, art, theatre, and dance, Secret Cinema creates unique spaces for social encounters, adventures and discoveries where films come to life and satisfies a desire to fill the void left by an over-saturated technological world.

About Häagen-Dazs and General Mills:

Häagen-Dazs has been making ice cream since 1961. Our founder, Reuben Mattus, had a vision to make the best ice cream in the world using high quality, carefully selected ingredients. Every Häagen-Dazs ice cream starts with 100% real cream and milk, which is then blended with carefully selected ingredients. Launching with three simple flavours – chocolate, vanilla and coffee, today the company is sold in major supermarkets, convenience stores and through foodservice channels, and has more than 24 products, including pint tubs, mini cups and stick bars.

TAGCovid-19 immersive activations secret cinema
Previous PostRetail Gain and Retain in a Post COVID-19 World Next PostBusiness As Unusual is the new norm.. 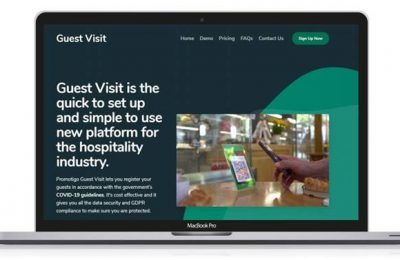