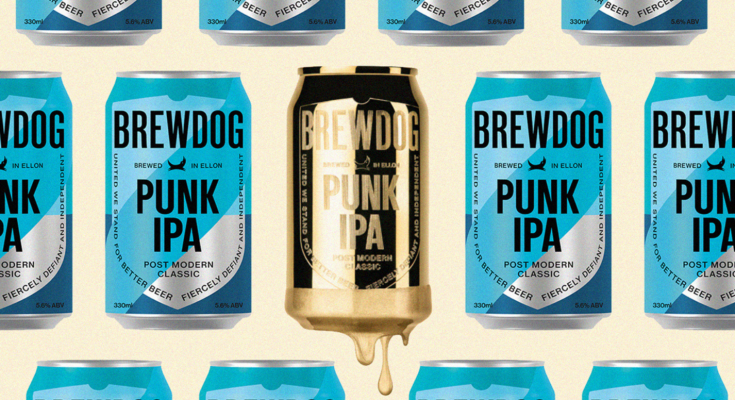 As festive as we are all rapidly becoming, this is not a topical suggestion for a Christmas cracker joke, moreover a serious question.

Or perhaps we should be asking, when is a marketing campaign simply a well-executed Sales Promotion campaign?

Recently Scottish brewers and famous courters of controversy, BrewDog come over all Willy Wonka, with gold cans set to be hidden in cases of beer. The prize for the lucky winners being to receive the gold can worth £15K, £10k of BrewDog shares & VIP tour of our Brewery.

The delightfully engaging initiative has been hailed as a ‘wonderful example of marketing’ as well as a ‘publicity stunt’ and ‘guerrilla marketing at its best’ but never, as far as the author can locate, has it been described as a ‘classic sales promotion campaign’.

As is common knowledge the IPM helped craft section 8 of the CAP code and therein lies the definition of a Sales Promotion campaign. Without needing to go into exact detail, the BrewDog campaign fits festively into this category, so why do we find the description of the initiative, across all media, failing to credit is as Sales Promotion campaign?

As an industry we need to proactively reclaim our section of the marketing mix and make sure that is being spoken about in the correct context and campaigns are lauded for being great examples of Sales Promotion.

Phraseology understandably changes over time, but the premise of what our members do, does not. COVID has demonstrated how brands have been forced to uncover fresh creativity in their work, and it should not be overlooked that this creativity often finds itself rooted in the most effective part of the marketing mix, the humble Sale Promotion.