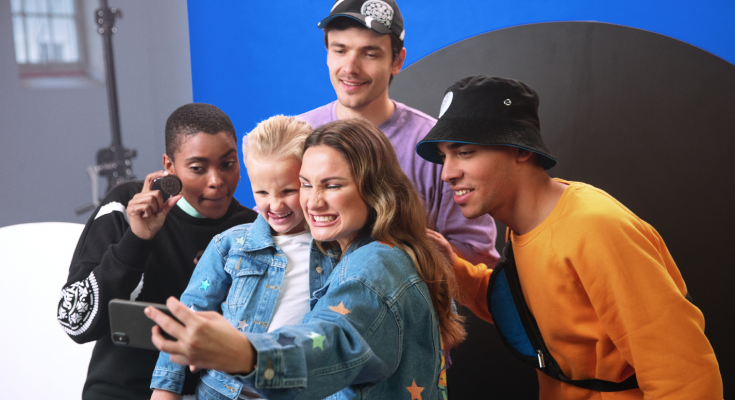 OREO is launching a UK campaign featuring The Only Way is Essex and The Mummy Diaries star Sam Faiers. Developed by ELVIS, ‘OREO Twin to Win’ plays on the social media phenomenon of ‘twinning’ – wearing matching outfits – and stars influencer Sam Faiers twinning with her niece, Nelly in pieces from the exclusive fashion collection launched by OREO and ELVIS in January this year.

People can enter OREO’s ‘Twin to Win’ competition by posting a picture of themselves and a friend or family member twinning on Instagram, using the hashtag #OreoTwintoWin, for the chance to win two items from the OREO fashion collection or the grand prize of a £1,000 shopping spree. Consumers can choose to submit their own real-life twinning photos or to enter via a specially created virtual twinning Snapchat lens or LoopMe.

Campaign activity will run across Instagram, Facebook, Twitter, YouTube Masthead and LoopMe. Film content, which was directed by Jack Bowden and produced by Craft Films, has a ‘behind the scenes’ feel and captures Sam and Nelly’s natural reactions in a fun, playful style.

Bryony Tate, Junior Brand Manager OREO UK, said: “Following the launch of our first ever fashion collection last month, we’re excited to be sparking more playful connections with the UK iteration of the campaign starring Sam Faiers and her niece, Nelly. With her love of fashion, Sam really resonates as an influencer our audience of millennial parents loves to follow.”

Elli Stone, Creative, ELVIS, added: “The OREO Twist Your Style collection is super playful, and we wanted to bring that attitude right through to the way you win the items… twinning. Just like OREO, it’s something that’s light-hearted, fun, brings people together and definitely doesn’t take itself too seriously!”