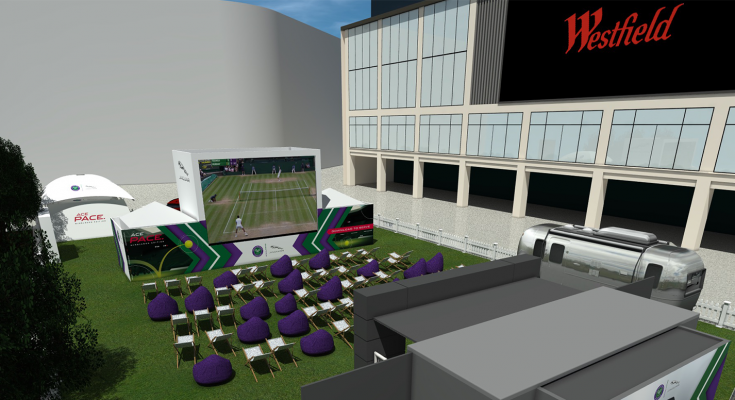 For the duration of The Wimbledon Championships, Official Car Partner, Jaguar, will be hosting a dedicated Wimbledon pop-up at Westfield London, Shepherd’s Bush, where members of the public can pull up a deck chair or relax into a bean bag and soak up the atmosphere of watching the greatest tournament in tennis, live on the big screen.

Also onsite, will be a fleet of Jaguar’s latest Pace series including the ‘World Car of the Year’, fully electric, I-Pace, F-Pace and E-Pace models which will be available for test drive bookings.

As for food and drink, as well as the area’s many bars and restaurants, fellow Wimbledon partners Pimms, Lanson and Häagen Dazs will all be available on site for those engaging with the app which is available for download now on the App Store and Google Play.