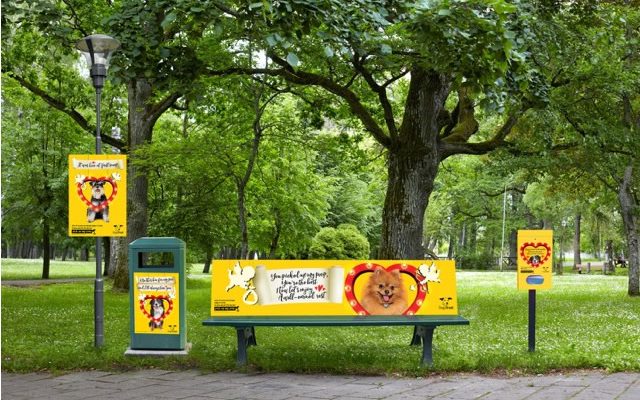 Animal charity The Dogs Trust has worked with marketing agency TMW to challenge dog owners to pick up after their dogs.

Dog fouling is seen as one of the biggest nuisances blighting public places in the UK – more than littering, pollution, traffic and smoking. Local authorities in the UK received over 81,000 complaints about dog mess last year alone.

To mark this year’s The Big Scoop campaign, an initiative aimed at encouraging everyone to pick up after their dogs, The Dogs Trust and TMW have provided eight areas in the UK with attention-grabbing installations including poo bag dispensers, bench wraps and boards, posters and bin stickers that feature “love lines” from dogs to dog owners.

The installations can be found in Croydon, Fenland, Newcastle, Lisburn, Cornwall, Hastings, Flintshire and Fife.

The aim of the campaign is to not only to generate awareness of the issues about dog fouling but to encourage dog owners to dispose of their pet’s excrement and stress that dog mess can be placed in any public bin.

Dogs Trust is encouraging organisations nationwide to get involved in the Big Scoop and tackle the messy problem of dog fouling in their communities. In research, 86% of dog owners said they are happy to scoop.