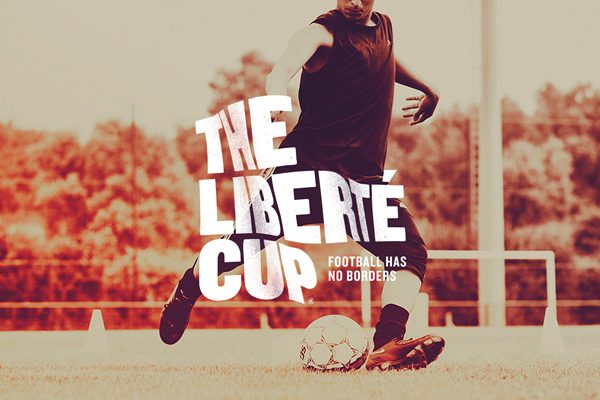 Copa90, the global football fans’ network, has united with charity and media partners to launch The Liberté Cup, a football tournament for refugees in the Grande-Synthe camp.

The Liberté Cup is not political and there is no money involved. Its aim is simple – to change the way refugees are viewed in the media and to move perceptions away from the ‘swarms’ talked about by politicians towards them being viewed as people with their own skills and passions.

Inspired by an idea from award-winning creative duo Ary and Joe and conceived by Copa90, the tournament is a partnership with charities Fuze Beyond Borders, The Worldwide Tribe and Utopia 56 and is supported by Football Supporters Europe, FARE network and the Grande-Synthe Mairie.

The tournament is being held at the Jean Deconinck stadium in Grande-Synthe, France, near the main refugee camp outside Calais tomorrow, 10th September 2016.

The Liberté Cup will involve up to 10 teams comprised of refugees and various refugee-supporting teams from across Europe. Supporters will contribute football shirts from their home teams to create a wash of football colour. Training has already started in the camp, with refugees taking three sessions a week in preparation for the tournament.

A documentary, produced in partnership with ITV, is set to follow.

Copa90, part of the You Tube Originals channels commissioned back in 2012, is now a global, multi-platform football media network specialising in creating content dedicated to football-related action that happens outside the 90 minutes of each match.

To date, Copa90 has scored over 1bn video views and 11 million subscribers without owning any rights in football. Its successful content formats include FIFA & Chill, Comments Below and Derby Days. Users spend on average 47 minutes per week with Copa90 content. Brand partners include Adidas, Nissan and Hyundai.