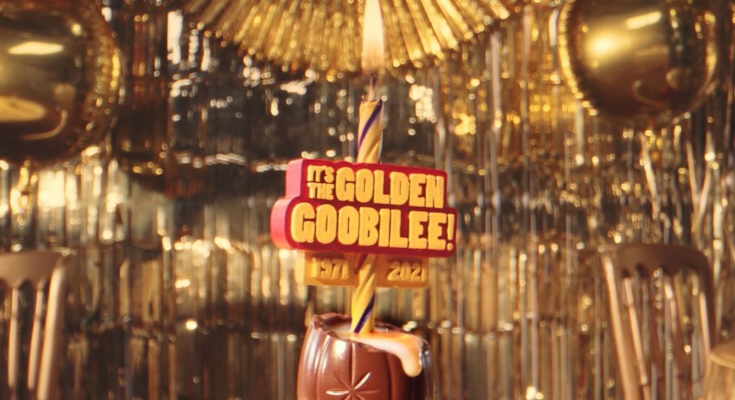 LONDON, 4th January 2021 – Cadbury Creme Egg, the Mondelēz International owned chocolate brand, has today revealed its annual campaign, which this year takes the form of a Creme Egg Golden Goobilee in celebration of the brand’s 50th birthday. The push was developed in partnership with creative agency ELVIS.

To mark the milestone birthday of a British icon, Cadbury has partnered with ELVIS to throw an inclusive season-long celebration for the nation, heroing all the different types of Creme Egg eaters out there and encouraging everyone to join in the EATertainment in order to make this Creme Egg season the best yet.

The challenge for Cadbury and ELVIS was to drive penetration of Cadbury Creme Egg across all demographics, with a particular focus on 16 to 34-year-olds. The through-the-line campaign aims to bring back the hype and get the nation excited about Creme Egg’s unique taste experience, helping to drive sales by celebrating 50 years of delicious Creme Egg EATertainment.

Cadbury Creme Egg’s iconic campaigns have been entertaining the nation for the last 50 years. Last year, Cadbury and ELVIS launched the Creme Egg EATertainment streaming platform, putting the eating experience back at the heart of its core campaign. This year, EATertainment is back in an all-season long birthday celebration for the nation.

The campaign centres around a 60-second hero film, directed by Zac Ella at Craft Films, celebrating the different ways Cadbury Creme Egg fans have enjoyed their favourite Easter treat for the last 50 years – whether they are a licker, dipper, baker, eggspert, discrEATer or sharer. This is supported by social and digital activity including Mondelēz UK’s debut on social platform TikTok, with assets especially designed to encourage as many people as possible to get involved in the Golden Goobilee birthday celebrations, as well as activity across OOH, instore, PR and media partnerships.

To kick off the Goobilee, Cadbury is releasing new golden versions of the Cadbury Creme Egg for consumers to find instore, giving them the chance to win up to £5,000. Two hundred Golden Cadbury Creme Eggs will be hidden instore masquerading as a classic Creme Egg across stores nationwide.

Dentsu Aegis Network’s media agency Carat is managing all media planning and buying, and PR activation is led by Golin.

Raphael Capitani, Brand Manager, Mondelēz, said: “It’s the 50th birthday of a beloved British favourite and this year we wanted to mark it in style by taking EATertainment to a whole new level, with a season-long birthday celebration for the nation! Cadbury Creme Egg’s iconic campaigns have been entertaining the nation for the last 50 years and that’s why we’re really excited to announce the Golden Goobilee, including the launch of our elusive Golden Cadbury Creme Eggs. Let the EATertainment begin!”

James Hudson, Creative Director, ELVIS, added: “We thought 2021 needed some fun, and it’s the 50th birthday of a British icon – so we had to celebrate! With an audience as diverse as the eating experience itself, we wanted to throw a celebration for the nation like never before, that heroes all of the many playful ways people like to enjoy their Creme Egg. So, whether you’re a licker, dipper or baker, we’re encouraging everyone to join in the EATertainment and make this season the best one yet. But this party’s just getting started. There’s plenty more unexpected and unforgettable fun to come!”