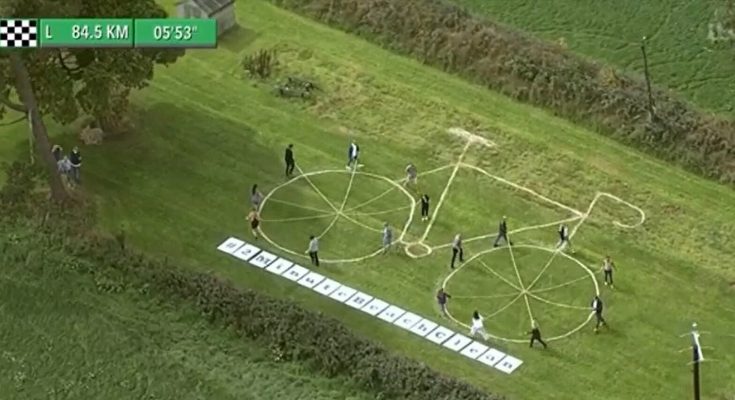 When the Tour of Britain, the biggest professional bike race in the UK, came right past Bray Leino‘s Devon office, they decided to use the opportunity to show their support for #2MinuteBeachClean. The agency built a giant people-powered bike from 4,000 feet of waste nylon fishing rope.

ITV4’s coverage of the Tour of Britain allowed Bray Leino to draw attention to the environmental movement, a simple idea that encourages everyone who visits the beach to spend two minutes picking up litter. On Instagram alone, the 85,000 times people have used the hashtag adds up to 118 days of solid beach cleaning.

Matt Henkes, Profile Manager at Bray Leino, commented: “This was an unmissable opportunity to help promote #2MinuteBeachClean in a fun and memorable way. Our office is in North Devon, a short drive from many of the UK’s best beaches. So for us, the issue of ocean and beach plastic pollution is one that’s close to our hearts.”