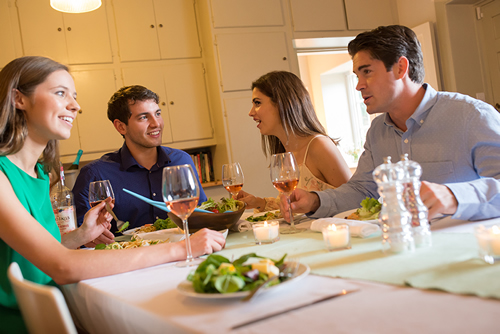 Brand Belief’s Dinner To Dine For multi-brand roadshow campaign returns for a third year in October.

Based on Brand Belief’s multi-award winning formula, the integrated Dinner To Dine For campaign features a month long experiential sampling tour which will reach over 500,000 people. Traditional and social media activity alongside promotional and trade support aims to encourage consumers to treat themselves and enjoy that special Big Night In.

From October 8th 2015, the Dinner To Dine For Roadshows and their Chefs and Brand Believers will visit 40 of the top ‘foodie’ Tesco Large Format and Sainsbury’s Superstores as well as making major appearances at London mainline stations Victoria and Waterloo.

Despite a growing economy, the ‘at-home’ meal treat/Big Night In market remains very much on trend , with ‘at-home entertaining’ reflecting the more prudent consumer lifestyles resulting from the recession. The area is now worth £1.1 billion with growth of +7% Year on Year.