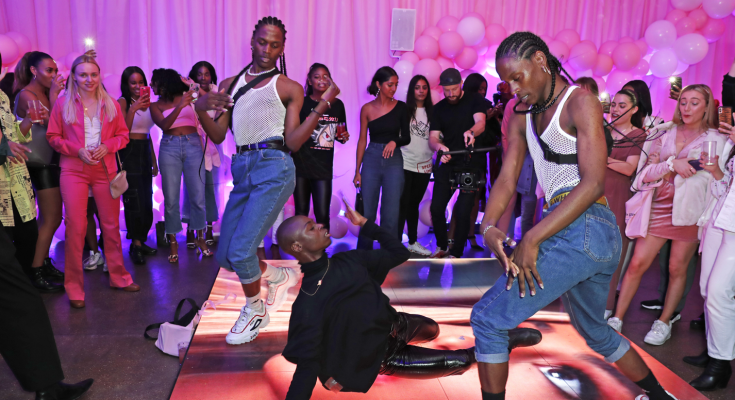 Ariana Grande invites fans to “THANK U, NEXT” immersive event

Oct 02, 2019Digital, experiential, NewsComments Off on Ariana Grande invites fans to “THANK U, NEXT” immersive event

When it was released last year, Ariana Grande’s self-empowerment pop anthem ‘thank u, next’ and its associated music video broke records and became a cultural phenomenon. Through the single, the popstar and social media icon – the most “followed” woman in the world – encouraged her fans to draw strength from past experiences and learn to love themselves in the process.

To celebrate the launch of the “THANK U, NEXT” perfume, Ariana partnered with female-first, all-inclusive London-based creative studio, The Digital Fairy, to create a safe space for fans to live the song’s empowering message and connect with each other IRL.

Opened to the public on Saturday 28th and Sunday 29th September, the experiential event was held in Shoreditch and welcomed over 1,890 fans who came and partied for Ari throughout the day.

Fully immersive, the event paid homage to the Mean Girls inspired “thank u, next” music video, walking fans through a curated teen party experience. Included in the experience were professional photo opportunities; a dance troop teaching choreography to the “thank u, next” album; a giant Burn Book-esque scrapbook for fan messages; Instagrammable baby pink and chrome walls; balloon arches and an LED-dance floor for fans to dance the day away.

Like the song, the event updated all the tropes and iconic cultural moments from teen screen franchises for the ‘new values’ of 2019: girls supporting girls, wokeness, self-confidence, and feminism.

Louise Rigley, Senior Brand and Marketing Manager at Designer Parfums, commented: “We’ve worked with Ariana Grande Fragrances for 4 years, strategically growing her global appeal and creating scents which reflect her at every stage of her journey. Ariana’s creative vision for “THANK U, NEXT” cleverly conveys the detail of Ariana’s latest fragrance in a fresh, modern way that is both authentic to Ari and unique to the category. Inspired to design a bottle that represented her song, the emergence of the perfume from the broken heart represents moving forward from a challenging chapter. When it came to bringing this latest fragrance to life, and celebrating how Ari connects with her fans, we knew The Digital Fairy would be perfect for the job. Not only does the agency have deep expertise in the youth market, but the team also has a first-hand understanding of what it means to come of age in the digital era. The event that they created was sensitive, fun and uplifting reflection of that experience, and we’re confident that fans left feeling they can say “THANK U, NEXT” to just about anything.”

Jessica Cusack, Senior Producer at The Digital Fairy, said: “We wanted this event to be a celebration of gratitude and positivity, just like the lyrics of Ariana’s now iconic song. As the music video and the high school films it mimics remind us, teenage-hood is rife with anxieties and there is no scarier place for an awkward teen than a party. So, we set out to create a party which wasn’t about judgment, peer pressure or bullying but was a festival of individuality, joy, friendship and self-acceptance. Ariana’s fans are an embodiment of this spirit, and it felt right to create something which they could truly be part of and can, hopefully, take something away from too.”

The event took place from 12pm–10pm at Protein Studios, 31 New Inn Yard, London EC2A 3EY. Tickets were free and could  be booked in advance at: http://arianathankunextfragrance.co.uk/