Home industry Walkers harnesses power of sausage rolls to raise money for the Trussell Trust, with ‘social-first’ Christmas ad, starring LadBaby and a raft of celebs 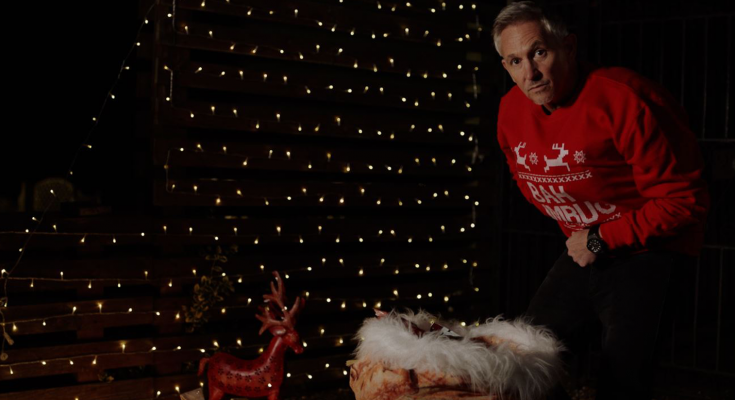 Nov 09, 2020, 15:05 pmComments Off on Walkers harnesses power of sausage rolls to raise money for the Trussell Trust, with ‘social-first’ Christmas ad, starring LadBaby and a raft of celebs

LONDON, 6th November 2020 – Walkers, the PepsiCo-owned crisp brand, is launching a ‘social-first’ Christmas ad, starring LadBaby, in support of its limited-edition ‘The Power of Sausage Roll’ festive crisps. The push was developed in partnership with creative agency ELVIS, which was appointed by PepsiCo in 2019.

Last year, influencer and Sausage Roll hero LadBaby called out Mariah Carey’s role in Walkers’ Christmas campaign and said he wanted the gig, so this year Walkers has got him on board to launch limited edition ‘The Power of Sausage Roll’ flavour festive crisps, with 5p from every pack going to the Trussell Trust, a charity aiming to end hunger and poverty in the UK (adding to the £1 million worth of support the brand pledged earlier in the year).

To support the launch, Walkers has partnered with ELVIS to create “A Sausage CaRoll”, a campaign aiming to make the brand unmissable in the run-up to the festive period and get people buying ‘The Power of Sausage Roll’ festive crisps to help raise money for the Trussell Trust.

The humorous new ad, which is nearly two minutes long, was directed by Mike Baldwin through Craft Films. It sees LadBaby, plus a few special guests, going door-to-door to tell everyone about the power of sausage rolls. The mega mix of Sausage CaRolls encourages the entire nation to get out there and buy a bag of the limited-edition crisps.

The ad features a number of festive tropes from past and present; with celebrity cameos from the likes of Aled Jones, East 17 star Tony Mortimer, Carol Smillie and long-standing face of Walkers, Gary Lineker.

To celebrate the ad’s release, Walkers has created the first-ever Sausage Roll emoji, which will appear whenever the hashtag #ASausageCaRoll is used on Twitter.

Media for the campaign is managed by OMD and consumer PR is by Splendid Communications.

Fernando Kahane, Senior Marketing Director, Walkers, said: “This humorous campaign has a real purpose at its heart, helping to support the efforts of the Trussell Trust at a time when food banks are more needed than ever before. We want everyone to get behind LadBaby and help to raise even more money for this worthy cause this Christmas.”

James Hudson, Creative Director, ELVIS, added: “This is exactly the type of work we love to make. An entertaining campaign that raises a few smiles and has a positive impact on society. It’s a win-win, especially at this time of year. And who doesn’t love a bit of Christmas Carol-oke?”

Mark Hoyle aka LadBaby, concluded: “I’m really chuffed that Walkers gave me the gig this year. I feel like I’m living in a dream. It was great to work with the likes of Gary, Aled, Tony and Carol – as well as my lovely wife Rox – and bring our little festive tale to life, to encourage people to do good this Christmas and support the Trussell Trust, all while eating our delicious new sausage roll flavour crisps. We’re simply asking everyone to buy them, enjoy them and help us raise more money than ever before for the Trussell Trust.”