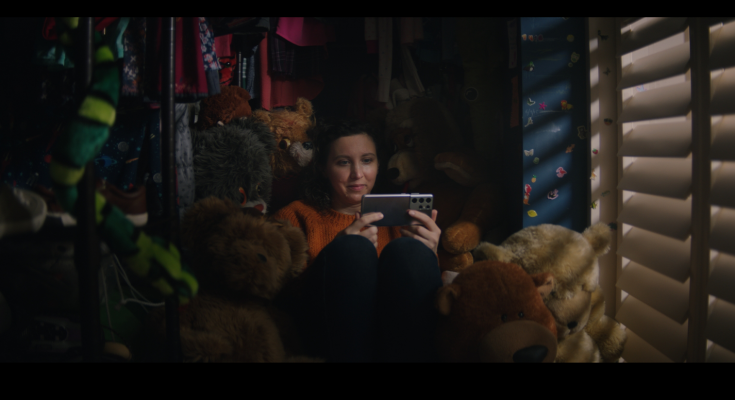 Following Three’s recent announcement as the sponsor of the highly successful Channel 4 series Gogglebox; today the brand launches its sponsorship creative and social media game for the new series of the hit show.

The partnership is the largest ever TV sponsorship in Three’s history and follows in the footsteps of the Chelsea FC sponsorship that began in July last year.  The new campaign is part of a two-year, multi-million-pound partnership that sees the mobile network sponsor the new series of both Gogglebox and Celebrity Gogglebox produced by Studio Lambert, as well as all repeats. Three’s sponsorship will also be visible across all Gogglebox series available on Channel 4, E4 and All 4, as well as social content featured on Channel 4’s Facebook page throughout the next two years. The sponsorship deal was brokered by Channel 4’s in-house sales team 4Sales and Three’s media agency Zenith.

Aislinn O’Connor, Director of Marketing for UK and Ireland at Three, said: “Gogglebox is one of the UK’s most loved shows, and we know how excited everyone is to watch the new series, particularly as much of the UK remains in lockdown. The partnership began at the start of the year and has provided a great opportunity to drive positive brand association with a mainstream audience. We can’t wait to showcase our new idents for the first time this Friday – which looks at playful insights around TV viewing and phone behaviour – as we believe that it perfectly complements the Gogglebox tone.”

Three has kickstarted its fully integrated campaign in celebration of its official sponsorship of the show, which includes a Gogglebox hub on the Three website, Gogglebox running across retail AV and live tweeting throughout the show each week and more activations to come throughout its two year sponsorship.

Launching on 26th February, the idents created by Wonderhood Studios and directed by Blink’s Nick Ball, show how we are all able to stay connected to our favourite content, wherever, whenever and however we want; bringing to life several everyday moments around TV viewing across different screens and multiple locations.

The suite of 15”, 10”, and 5” idents show small relatable human truths, mirroring the way we watch the show. Each set of idents is a little window into people’s lives – at work, grabbing five minutes of alone time in a cupboard without the kids, or winding down before bed. With each of the characters playing out real and relatable behaviour around their Gogglebox viewing.

Three is also celebrating its sponsorship of Gogglebox with a game played from the comfort of your sofa. Lingo Bingo offers the audience the chance to win spectacular prizes when playing along while watching the first episode this Friday. The new game aims to engage the Gogglebox viewers by tapping into and rewarding the common mobile behaviour of ‘second screening’, whilst celebrating popular comments from Gogglebox cast members or words from the show that come up.

Throughout the upcoming series, Gogglebox viewers can find a bingo card on Three’s Facebook, Twitter and Instagram pages with nine keywords or phrases. Players will be asked to choose and comment on three words from the nine, using the hashtag #ThreeLingoBingo – such as the iconic reference to ‘Cuppa’, ‘Dave’ and ‘OMG’. These three words are based on the player’s prediction of what will be mentioned in the upcoming Gogglebox episode. Once all three of the chosen words have been said on the show, the player will automatically be entered into a draw for a chance to win prizes such as the brand new Samsung Galaxy S21 phone, Samsung Galaxy Buds Pro and cash prizes.

Ads Dechaud and Phil Le Brun, creatives at Wonderhood Studios said “This partnership was a great opportunity to do something fun – Three is an iconic brand that helps the nation connect to TV content in different ways, while Gogglebox has become a proper cornerstone of British culture with millions tuning in each week to essentially watch people, watch TV.  But the show is so much more than that. The characters and perfectly relatable moments keep people coming back, year after year and this is what we wanted to try and capture in these idents.”

The campaign was shot with anamorphic lenses to give every day a cinematic quality and took place in one studio with bespoke set-builds, in Covid-safe conditions. Outside of the key crew and cast – including kids and dogs – the wider team joined over zoom, with the very talented Nick Ball directing from LA.

Rupinder Downie, Brand Partnerships Leader, Channel 4, said: “This exciting new partnership with Three is TV sponsorship at its best. The innovative and creative cross-platform campaign aligns the brand with one of Channel 4’s most popular and much-loved shows across linear, digital and social and we look forward to playing Lingo Bingo on Friday nights!”

The most recent series of Gogglebox was Channel 4’s second-highest rating title of 2020. Series 16 was the biggest Gogglebox series to date attracting an average consolidated audience of 5.8 million viewers per episode and a 25.0% share of the viewing audience – it achieved the show’s highest rating episode ever (6.5m) and reached over half of TV viewers in 2020 (58%)*. The series was also the biggest to date on All 4.