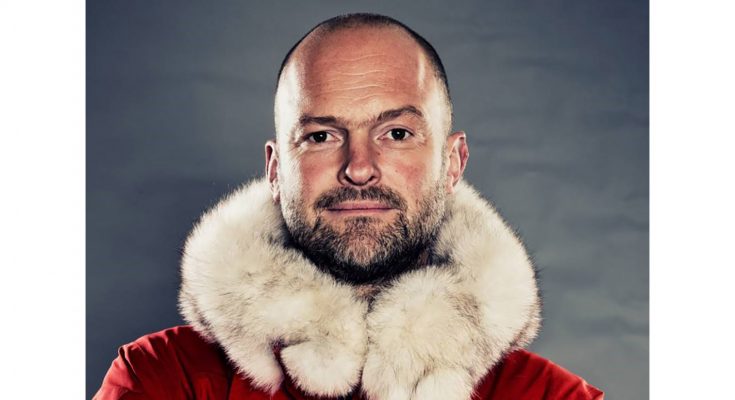 Hugh Robertson, Founder and CEO of experiential and event agency RPM, is joining a ski trek to the South Pole to raise money for charities The Prince’s Trust and The Roundhouse Trust.

Two years ago, Robertson completed an expedition with Team Enterprise to the North Pole to raise funds for The Princes Trust; now, he and the rest of the team are heading to The South Pole to raise more funds.

The team’s expedition to the North Pole in 2015 raised £468,000.  The programmes this supported directly improved the life chances of 250 people in the UK.  This time, thanks to the generosity of a number of organisations which have already committed their support, they have already raised over £543,000, meaning the two expeditions have already raised more than £1m.

The team will make its way from London to Santiago, Chile, and then on to Punta Arenas at the Southern tip of Chile.  From there, they head across the Southern Ocean to Union Glacier in Antarctica before starting their expedition to ski to the South Pole.

Hugh Robertson says: “The expedition is to ski the last hundred kilometres or so to the Geographic South Pole.  Amundsen was the first there in December, 1911, and while we can hardly pretend (or hope) this expedition is close to the extremes of his or Scott’s expeditions, we nonetheless will face the same environment, including temperatures which even in the Antarctic summer we can expect to reach minus 50 – before the effect of wind chill.  We are preparing therefore for an arduous but rewarding journey.”

The expeditions are a monumental feat for any ordinary person, but Hugh has suffered 30 years of back problems after being paralysed after a rugby accident when he was 16.  He’s since had three operations and countless procedures, making these expeditions major personal goals for the entrepreneur.

He admits “this expedition will be tough both physically and mentally,” but adds “I am doing something which I never dreamt would be possible, will drive me forward, as well as raising significant funds for two incredible charities. The simple act of embarking upon this expedition is the result of seven years of retraining and on-going treatment. The successful completion of this journey is in recognition of and thanks to the hugely talented people whose help, guidance and support have made this possible.”

The two charities which the team is supporting, the Prince’s Trust and the Roundhouse Trust, share a focus on giving life opportunities to young people, many of whom have faced considerable challenges in their childhoods and early years.  The Prince’s Trust helps young people by supporting their entrepreneurial ideas and plans, while the Roundhouse brings equally transformational opportunities through its very wide programme of arts engagement.  Both have very strong track records of making lasting changes to the lives of many.

Anyone who wants to support the expedition can follow their journey at www.antarcticenterprise.com as well as on Instagram and twitter (both @antarctic_ent17). Hugh Robertson says: “It would be great if people could follow and encourage us on our way.”

A fundraising page is available on the website or donations can be made directly at http://uk.virginmoneygiving.com/team/antarcticenterprise