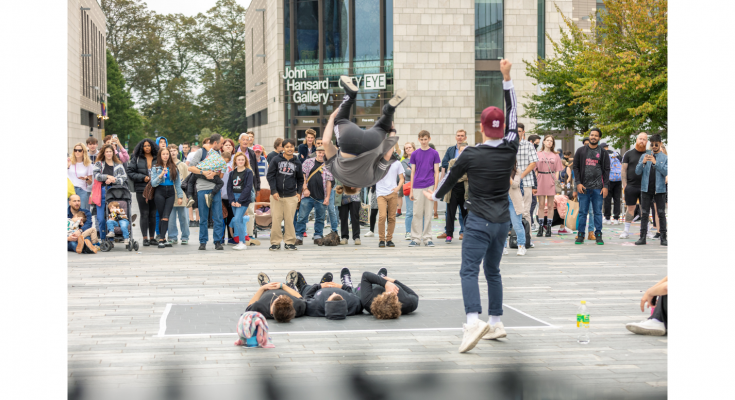 Re:Claim Street Festival was a brand new FREE city centre mass participation event featuring music, sports, arts gaming and more. With live performances, activities, hands on experiences and workshops, there was something for everyone on the day.

GO! Southampton, Southampton’s Business Improvement District (BID) team funded the first-time event on September 25th 2021. This new concept event was designed to encourage visitors and residents back into the city centre to Re:Claim the streets for themselves.

The event will now be seen as an annual event and will become Southampton’s flagship event in their bid to become The UK City of Culture 2025, an award they recently reached the longlist for alongside 7 other UK cities.

IPM members, GottaBe! Marketing was delighted to be selected as the partners to promote the event. With their head office in Southampton, they were keen to help in Southampton’s bid for UK City of Culture 2025.

The team at GottaBe! supported the event through various digital, OOH and multicultural marketing channels. There was a focus on creating a young audience that represented the cities culture and diversity and this had to be reflected in marketing communications. Through creating a stand-out brand and targeted advertising GottaBe! were able to deliver incredible results.

With over 250,000 people reached with marketing activity the event was a massive success. On the day footfall was up 73% on the previous week, with over 22,000 people in the city on the day.