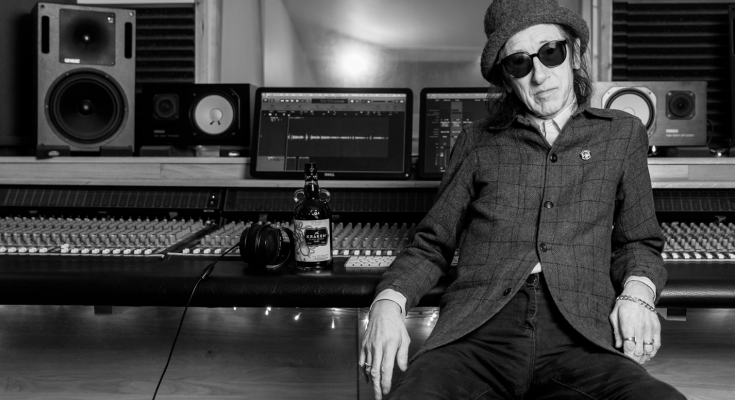 This Valentine’s Day, the Kraken Black Spiced Rum has partnered with John Cooper Clarke to launch the ‘most beastly’ poetry competition. To kick-start the competition, John Cooper Clarke specially commissioned a ballad entitled Nine Line Valentine to inspire fans to explore the darker side of love and write their own. Those who impress The ‘Beast’ will win a limited-edition bottle of ‘Kraken Blaken’ delivered exclusively by milk floats.

Poets can submit their limericks directly to The Beast, via its digital lair The League of Darkness.

The limited-edition bottles and delivery service will be available to London and Glasgow consumers, and online for the rest of the UK.

The ‘I Wanna Be Yours’ star, John Cooper Clarke, said: “The mighty pen, like the mighty Kraken, can have a huge impact on the heart. You can find love anywhere, from the depths of the sea to the person sitting beside you on your commute to work. If you can’t pluck up the courage to tell them how you feel in person or on one of the other 364 days of the year, then grab a pen, think of a line or two, and send it to us. It could change your life – just don’t blame me if it doesn’t work out…”

The Kraken Rumantics competition runs until Wednesday 12th February, with the legendary sea creature delivering the winning entries via The Kraken’s Milk Floats on Friday 14th February in London and Glasgow.

TAGexperiential news prize promotion
Previous PostLidl ‘Wine Tasting in the Dark’ wins the inaugural IPM Bitesize Campaign of the Year award! Next PostKlarna and Olivia Rubin team up to announce collaboration for LFW