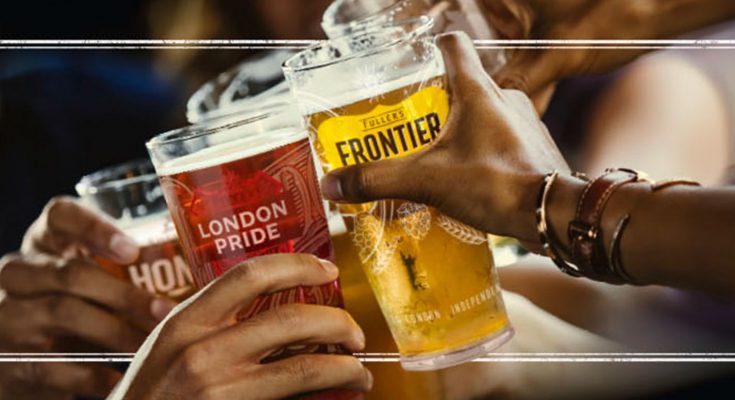 Fuller, Smith & Turner (FST), the iconic West London brewer of such beers as London Pride, Frontier and ESB, has been brewing besides the Thames since 1845. With no annual celebration, FST worked with ignis to create an annual event to recognise the day that John Bird Fuller, Henry Smith & John came together as business partners to create FST.

173 years later, FST will launch ‘Get Together’ on 19th November, a day that reinforces the brewer’s heritage and craft. FST is asking its audience to ‘Get Together’ at their local pub to celebrate the day with three pints of any Fuller’s beer, ale or cider for £1.73 each. More than 200 pubs across the South West of the UK will be participating with events on the day. The campaign, supported with social media content delivers a voucher that consumers can download and use in FST pubs. With over 20 brands on offer, the choice will be hard!

To support the day and recognise the incredible efforts of FST employees to deliver the beers and hospitality they are famed for, ignis created a week-long celebration for the employees leading up to the 19th. In the week prior to the day, content and competitions will be delivered daily to FST’s employees intranet site, rewarding them for participating with instant win prizes.

Nick Corden, Head of Retail Marketing at Fuller’s said, ‘Fuller’s pubs have always been at the heart of the community they are in. Our range of beers are award winning and world renowned so what better way to celebrate the anniversary by asking our customers to ‘Get Together’ at their favourite pub with their favourite Fuller’s beer ale or cider and celebrate 173 years with pints at £1.73.’

Nick Peters, Executive Creative Director at ignis said, “Fuller’s has been part of the fabric of London for 173 years. With an extraordinary craft heritage, it has brewed some of the UK’s most iconic beers. We wanted to create an anniversary event that celebrates what has been at the heart of Fuller’s beers, pubs and inns for generations: Bringing people together. The Fuller’s Get Together is that day. An annual opportunity for consumers and employees alike to discover the brewer’s craft and enjoy its wonderful portfolio in a range of their pubs and inns around the SW.”