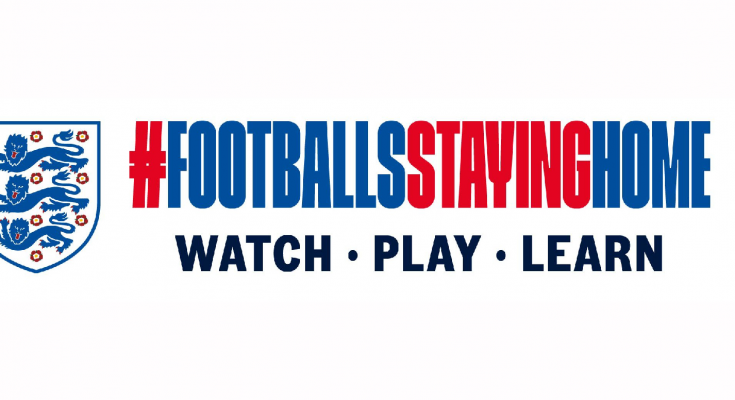 The FA has launched ‘Football’s Staying Home’, a campaign across England’s digital channels to produce content to promote physical and mental wellbeing and offer hope, entertainment and togetherness at this difficult time.

With millions isolated in their own homes, ‘Football’s Staying Home’ will house informative, entertaining and empowering content, which will bring together past and present players and experts from St. George’s Park. The content will be supported across all of The FA’s brands and channels, including The Bootroom, a coaching and education hub

The campaign was launched by Harry Kane and Steph Houghton

The FA will also be broadcasting classic Emirates FA Cup and Barclays FA Women’s Super League matches across their social channels and The FA Player every Sunday.

The whole football community – fans, players, parents, teams, leagues and County FAs – can support the campaign by creating their own content and using #FootballsStayingHome. The best posts will be featured in an online hub at TheFA.com/FootballsStayingHome.