Home experiential Deadpool 2 brought back Blockbuster to the UK 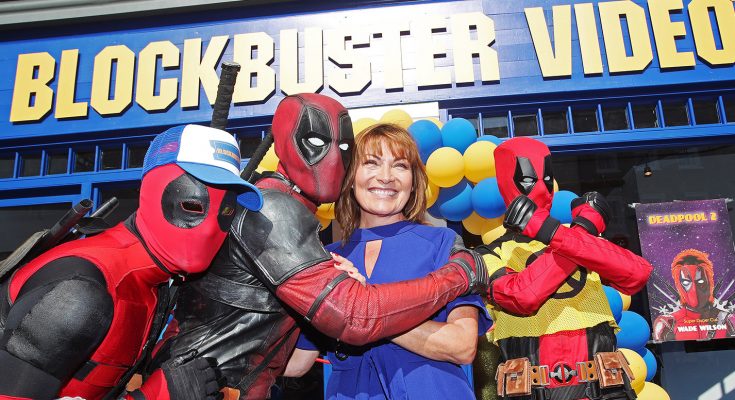 Deadpool 2 brought back Blockbuster to the UK

The store was an exact recreation of the original chain that first opened in 1989, but only one movie graced the shelves…. Deadpool 2. With every single shelf stacked with thousands of copies of Deadpool 2, the pop-up promised a free copy to any fan able to track down their original Blockbuster Video membership card, enabling them them to queue jump and claim a limited-edition VHS case containing a digital download code for the film.

Those unable to track down their blue and yellow laminated membership card had another chance to claim a copy – by queuing up at the East London pop-up and displaying their superpower to the cashier, inspired by the film’s X Force audition scenes. This entitled them to a Superhero Edition membership card and a copy of Deadpool 2.

At its peak Blockbuster Video was a global behemoth with 9,000 stores worldwide and 528 in the UK alone but the rise of digital formats saw almost all stores shut from 2010 onwards,
with the last UK store shutting in December 2013. One sole Blockbuster Video remains in the world today, in Bend Oregon, a town where many residents struggle to get internet, with the store recently becoming something of a tourist attraction.

The temporary return of Blockbuster Video to London was welcomed with open arms by a nostalgia-loving generation.