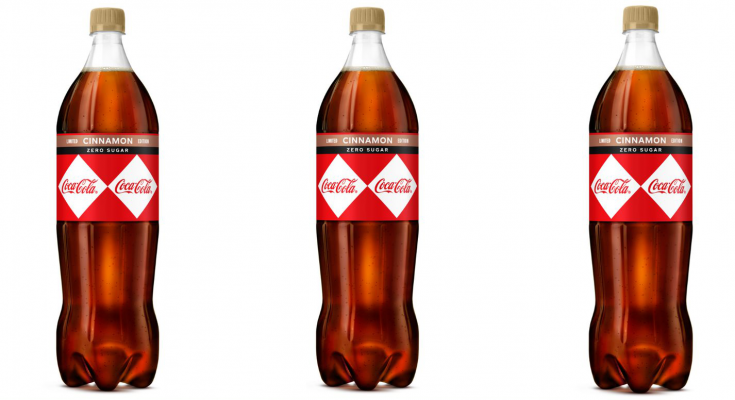 3 November 2020, London: With the start of the festive season just around the corner, Coca-Cola has announced the return of favourite limited-edition flavour, Coca-Cola Zero Sugar Cinnamon.

A firm favourite over the last couple of years and back by popular demand, the festive addition to the Coca-Cola family is fast becoming another icon of the holiday season, evoking times spent with family and friends, roaring fires – a tasty reminder of Christmas.

Available in 500ml and 1.25L bottles, Coca-Cola lovers will be able to get their hands on the limited-edition zero sugar Cinnamon flavour in stores nationwide from this week. But all good things come to an end, so if you’re a fan, make sure to get your hands on the product as it’ll only be around until the end of the year.

Amber Topalcik, Senior Brand Manager at Coca-Cola Great Britain said, “Back by popular demand, we’re really pleased that fan favourite Coca-Cola zero sugar Cinnamon is back in time for Christmas this year. For fans of the brand or those looking to try an exciting new drink, it’s full of festive flavour and no sugar – perfect for the lead up to Christmas.”