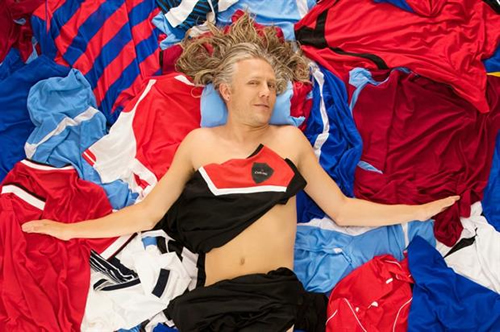 Carling is taking advantage of the January football transfer window by rerunning its Carling Shirt Amnesty.

Having already given away thousands of free football shirts in summer 2015, Carling’s nationwide Shirt Amnesty roadshow will again be giving football supporters throughout the UK the chance to swap shirt with the name of a recently sold player on the back for a brand new one, free of charge.

The Shirt Amnesty van will be visiting locations across the UK. Fans will be able to turn up and swap their football shirt for free – literally from the back of a van. The activity has already been touring the country before the start of the season, visiting locations including Manchester, Liverpool, London and Birmingham, will be able to get involved again in January by following @Carling on Twitter to find out when the van will be calling at a city near them.

Carling has once again teamed up with ex-Premier League and England footballer Jimmy Bullard to help encourage fans to get involved during January.

Jim Shearer, Carling Brand Director at Molson Coors, says: “Carling’s summer Shirt Amnesty was a perfect example of how the brand is reenergising the familiar favourite lager category and adding value for consumers at key moments throughout the year. We’re committed to driving long term sustainable growth in the category and that’s why we’re getting the Shirt Amnesty van back on the road this January.”

Jimmy Bullard comments: “There’s nothing worse than seeing one of your heroes jump ship for a rival club so let Carling ease that pain by giving you the chance to swap the football shirt of a recently sold player for a brand new, free one this January.”