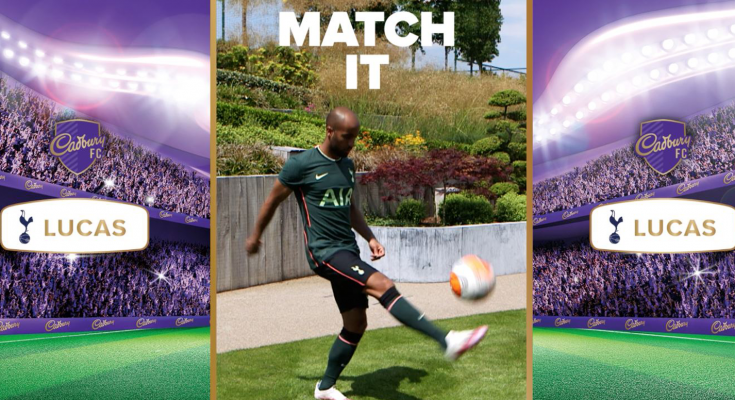 Oct 02, 2020, 11:03 amComments Off on Cadbury taps into ‘pass it on’ social video trend as it partners with nation’s favourite football clubs for return of Match & Win

Cadbury has launched a new campaign to support the return of its Match & Win promotion, featuring players from some of the nation’s favourite football clubs. The initiative was developed in partnership with creative agency ELVIS.

As Match & Win, Cadbury’s biggest on-pack activation enters its fourth year, the brand is kicking things off by partnering with football clubs Arsenal, Chelsea, Liverpool, Manchester City, Manchester United and Tottenham Hotspur for a marketing push featuring some of the most exciting football players in the country.

Cadbury partnered with ELVIS to create a playful concept that provides the ultimate way to bring fans, players, clubs and chocolate all together – all while staying socially distanced. Leaning into the trend of ‘pass it on’ style social videos, the campaign executions show top-flight players, and a diverse cast of fans, passing Cadbury products and kicking balls to each other in a fun medley of actions, communicating the energy of football and the generous spirit of Cadbury.

The creative has been designed to work in our post-pandemic ‘new normal’, both in front of and behind the camera, with Cadbury and ELVIS collaborating closely with the partner football clubs. All self-shot by the players and fans themselves during Covid-19, with all guidelines adhered to, the suite of videos features content and messaging tailored to each individual club, to be shared on the clubs’

The campaign will run across social, out-of-home, radio, on-pack and in-store channels.