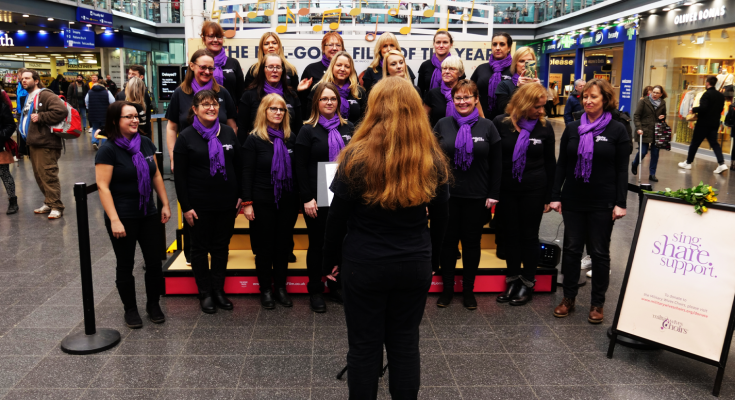 Amazon is launching a musical pop-up to mark the release of Military Wives on 6th March, a film that follows a group of women who form a choir.

Delivered by Tribe, the pop-up will feature a real military choir who will perform throughout the day, with the opportunity for those attending to sing along.

There will also be a soundproof booth where visitors can sing along to Cyndi Lauper’s Time after Time, as featured in the movie, and have a photo taken in the booth, of which they will receive a printout and digital version.

Guests will also be asked to write down what they are thankful for and stick their notes to the walls of the booth to create a growing installation.

To keep up with the theme of the film, cups of tea will be handed out along with information on how to join the local military choir and become a supporter of the Military Wives Choir charity.

The activation appeared this week in Manchester Piccadilly and Birmingham New Street station, and will next appear in London Waterloo station on 22nd February.