Home Covid-19 Waking up to the Power of Gaming 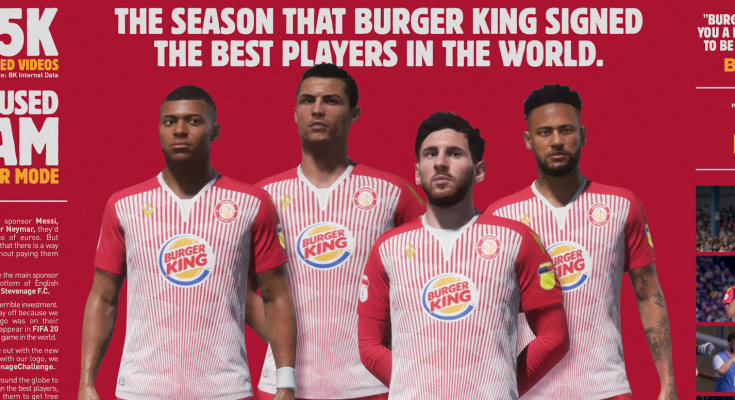 Waking up to the Power of Gaming

There are 2.7 billion gamers worldwide. It’s no surprise that 2020 has been a bumper year for the industry, and it’s set to continue with the imminent launch of the PlayStation 5 and Xbox Series X, which will be hitting shelves in time for Christmas. Some brands have been backing gaming for a long time, seeing its relevance as a means to engage an otherwise, supposedly ‘traditionally tricky’ audience.

Gaming has been on a stratospheric rise in recent years, especially over the last few months as more people have found themselves downloading games to their phones and participating in lengthy FIFA, PUBG and Call of Duty online sessions, to keep in touch with friends and starve off boredom in Lockdown (all the while benefiting from the positives of interaction, albeit not in a physical sense).

The pandemic has certainly been a contributing factor, but it’s the plethora of exciting and vastly different routes across the gaming landscape that have been on the rise for years, that now provide brands with compelling means to achieve their goals.

On-pack promotions, using ‘AAA’ game releases to provide that stopping power at the POP still very much have their place – but the opportunities across the gaming eco-system are vast, with brands realising the true potential of such a ‘sit-forward’ medium and one that carries an abundance of social currency.

Esports for example combine playing, watching and attending, similar to traditional sports, and is considered the fastest growing sport globally. It’s no surprise then, that brands are looking to develop collaborations with Teams and Leagues, with Coca-Cola and Nike setting out their stalls early. With another key element being the huge communities that are built around these tournaments and games.

But outside of the ‘big’ activations and opportunities, many brands will wonder where their place is in all this – doubting whether they can afford it. The answer is gaming partnerships are more accessible in terms of a budget than you might think. We’ve seen some brilliant activations in recent months, showing ingenuity and reaching dizzying engagement heights for more modest budgets.

One of our favourites this week – a reportedly low-cost, high engagement campaign that saw Burger King invest in a small sponsorship with Stevenage FC – at the time, one of the UK’s lowest football league teams (they’re actually doing pretty well now, after a couple of games!). With BK’s logo on Stevenage’s real-life shirts, they also secured branding in Electronic Art’s FIFA 20 game, running a campaign offering prizes for any gamer when they scored goals using Stevenage in the games various modes. As a result, Stevenage became the most popular team on FIFA 20 when it came to Career Mode and Twitch streams. ‘Stevenage Challenges’ included ‘A Nutmeg for Nuggets’ that resulted in rewards and gamers would tweet videos of them completing these challenges, receiving free Burger King delivered to their door. 25,000 goals were shared online, and the campaign drew global attention in the USA, Brazil, China, Germany. Brilliantly for Stevenage, they sold out of shirts in record time (for the first time ever.

Previously this year, lower league UK club Leyton Orient developed their unofficial  ‘Quaran-Team’ promotion, also with FIFA, pitching real-life clubs and fans against each other in an online tournament that satisfied football fans unable to enjoy the sport due to lockdown.

We’re excited to see what the future has in store for brands looking to make the most out of gaming!